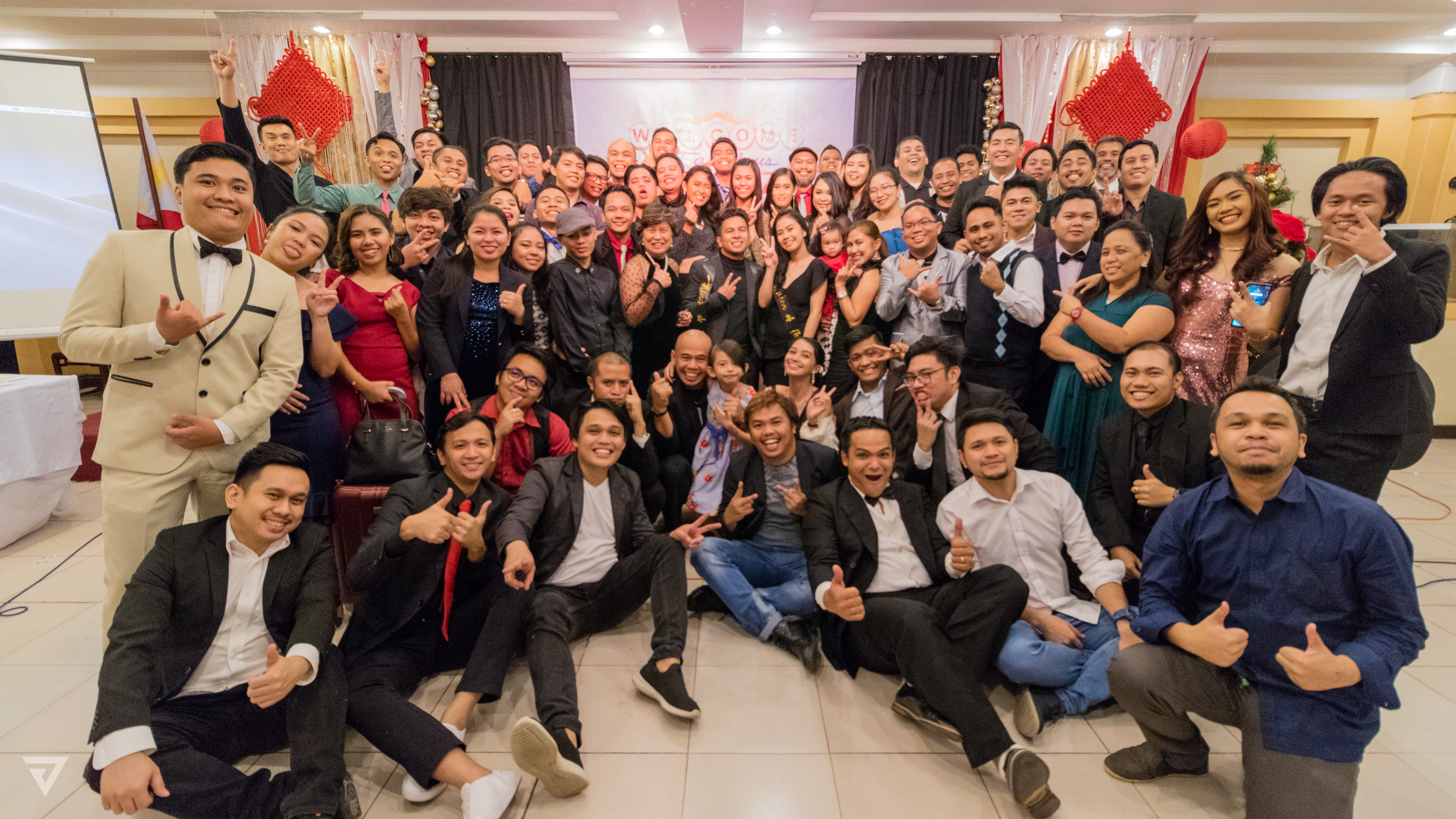 The Innovuze Family at their 2019 Christmas Party

CAGAYAN DE ORO CITY, Philippines - It is December once again, and for most, especially Filipinos, this only means one thing - Christmas is in front of us. With all the preparations, the lights adorning the houses, the children and even adults going around singing Christmas carols, and the cold wind that blows in the evening, it’s really hard to miss this special season. And of course, the Christmas Season will always mean countless gatherings and parties, which the Innouvuze company is no stranger to. This year, the company made it extra special.

Last December 13, 2019, Innovuze Solutions Inc. held its annual Christmas Party at Grand Caprice Hotel, Limketkai, Lapasan, Cagayan de Oro City. The event was participated by the many teams that make up the company; the Admin Team and HR Staff, the Engineering Team, the Web Development Team, the SEO Team, and the Creatives Team, with some of them bringing along their family and loved ones.

Just like everyone else, Innovuze wanted its night to be extraordinary. The Christmas Party Committees went with one of the most desired themes of the year, a Casino-Themed Party or, simply, the Casino Royale Night. The committee thoroughly prepared for the event, from dress-up, to the table setting, to the decorations, and even to their set of games. Just the concept by itself makes it a classy and remarkable one. The night was filled with all the posh and glamour of a Hotel Casino. Everyone was well-dressed and elegant. Some were dressed to the nine shades of black and red while others are in random colors but in a shining, shimmering, and splendid one. 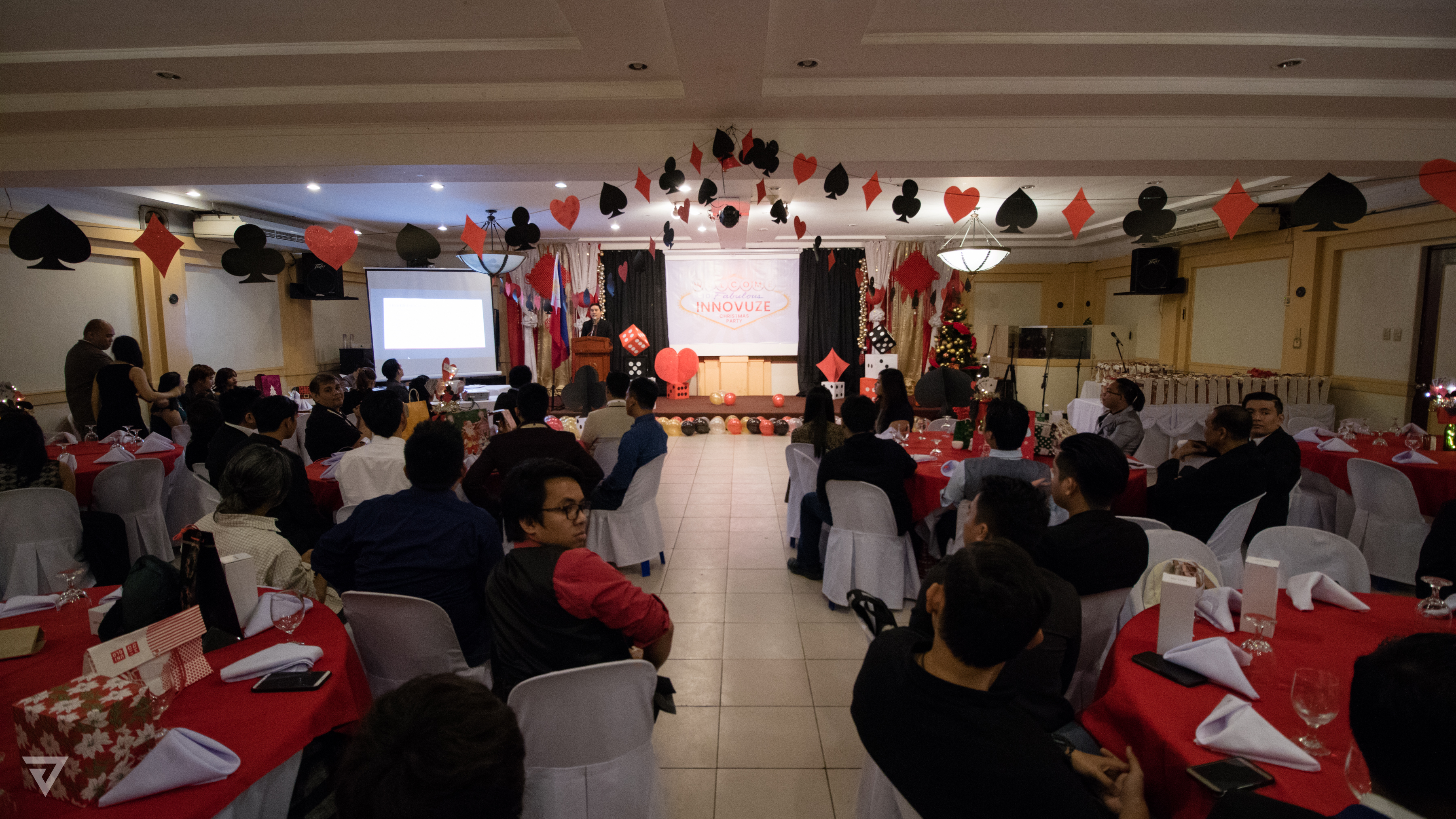 The Whole ISI Team was divided into 4 groups: Hearts, Clubs, Diamonds, and Spades. Prior to the said event, each team including the Event Committee were to make their version of a Christmas TV Station-ID. This became one of the highlights of the Party as the groups showcased their artistry and video editing skills. 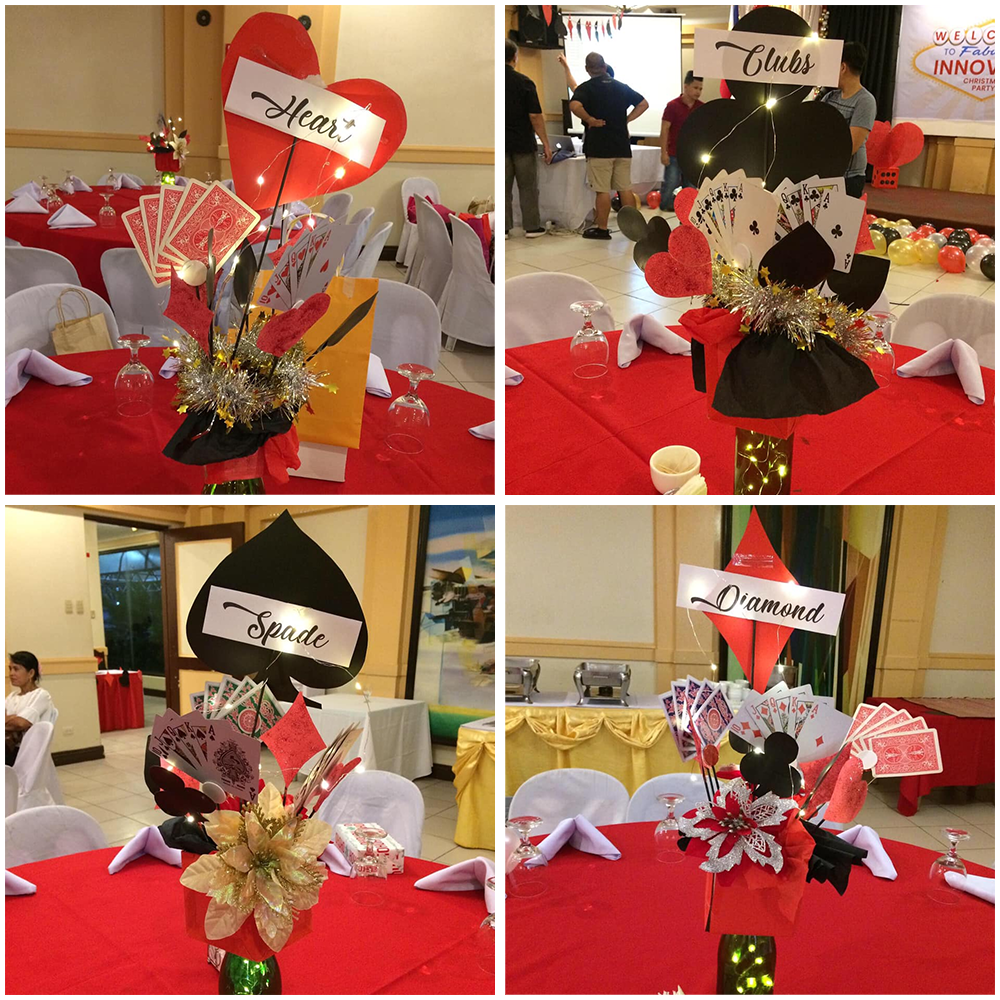 Dining tables for the different teams

As a tradition, the party started off with an Opening Salvo led by the Technical Committee. Followed by the Warm Welcoming Message of Innovuze’s General Manager, Mr. Lionel B. Amarado. A surprise number was also showcased by three of the most talented of the so-called “Inno Babies” of the Innovuze Family, Mr. Renz Ivan Engiuo, Mr. Karl Elbert Fajardo, and Mr. Jason Javier. As for the first highlight of the event, the Station-ID video of the Event Committee was shown after reading the Station ID Video Presentation Mechanics. Everyone was amused by the Committee’s output, a great start for the night. 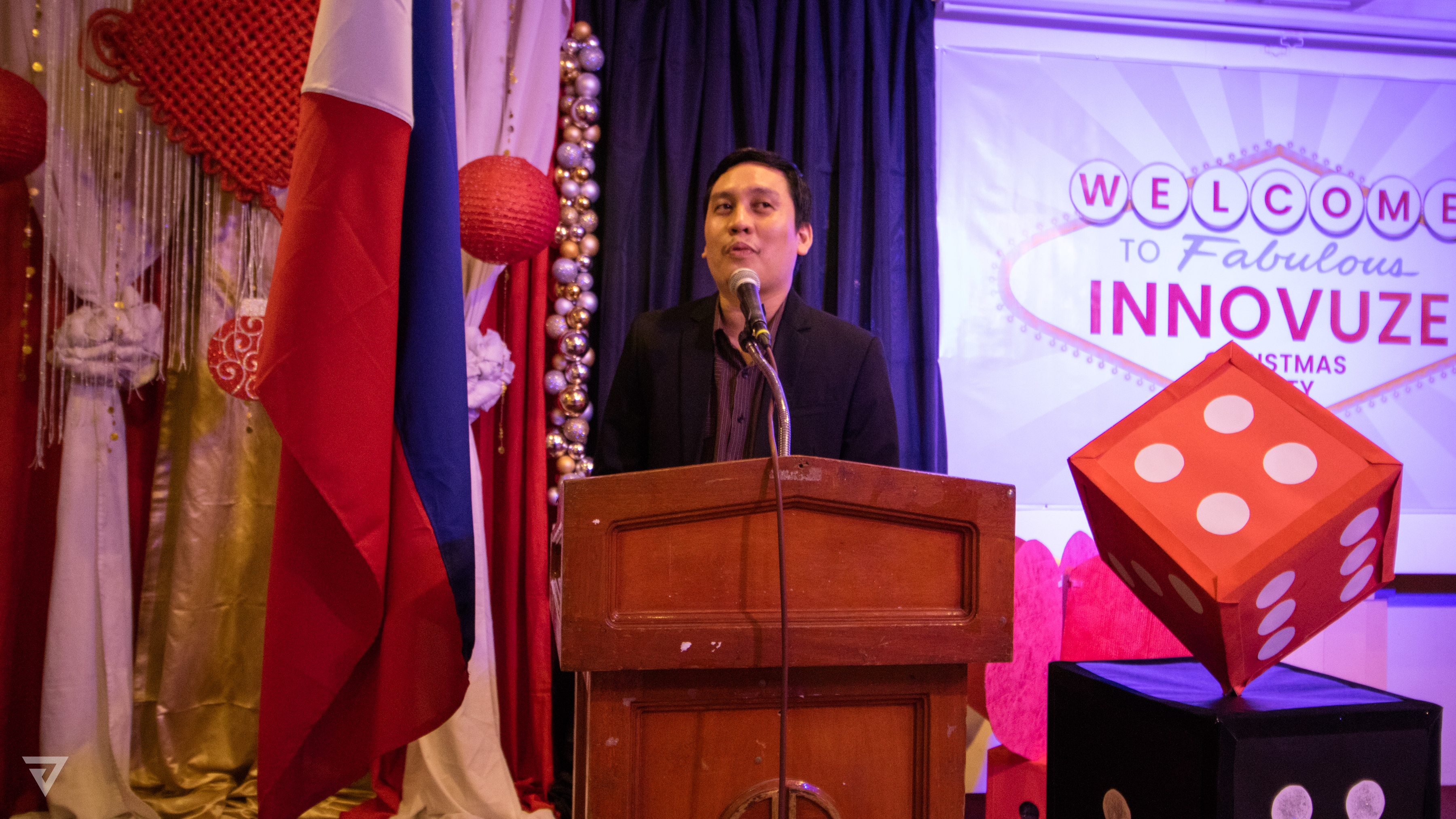 The General Manager on his Welcome Message

Without any further delays, dinner was served by the Grand Caprice Hotel Employees. The food was blessed with a short prayer by Mr. Roberto Punay and everyone dug into the buffet. After eating the scrumptious meal, everyone was set to watch the next highlight of the night, the Station ID Video Presentations of the different teams. It started from the Team Hearts, followed by the Team Spades, Team Clubs, and then Team Diamonds. The Station-IDs diverted everyone's attention as the videos of each team were superb and really entertaining. In between the Station-ID presentations were the Games and Raffle Draws prepared by the committee. A Birthday Surprise was also prepared by the Committee for Mr. Vergel Atoc who is a part of the Engineering Team. Everyone is glad to see him fully recovered after what he’s been through and excited to see him back at work hopefully next year. What happened to Mr. Vergel was truly a living testimony of life’s test of faith. Thanks to Innovuze Family for their great support. 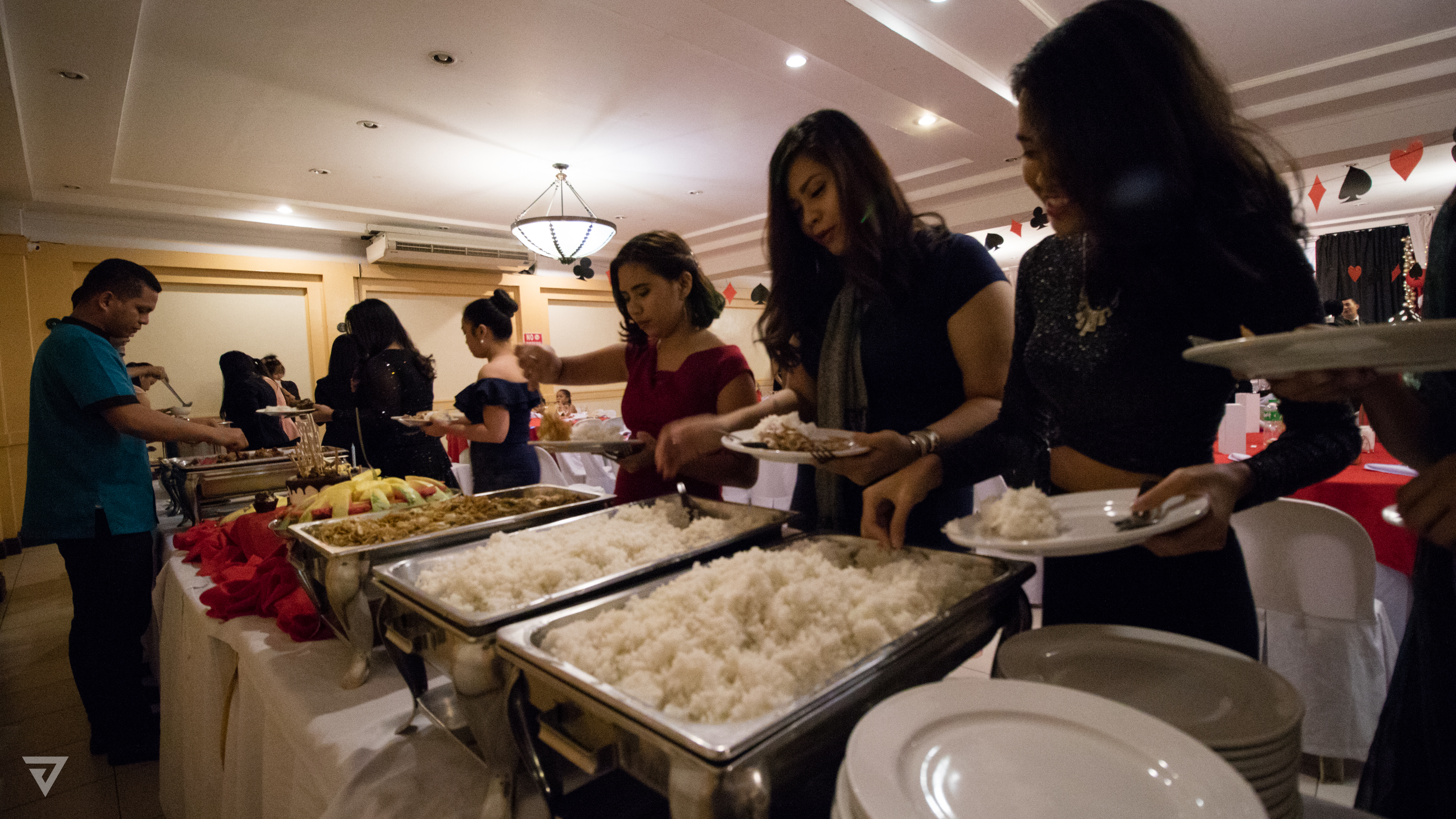 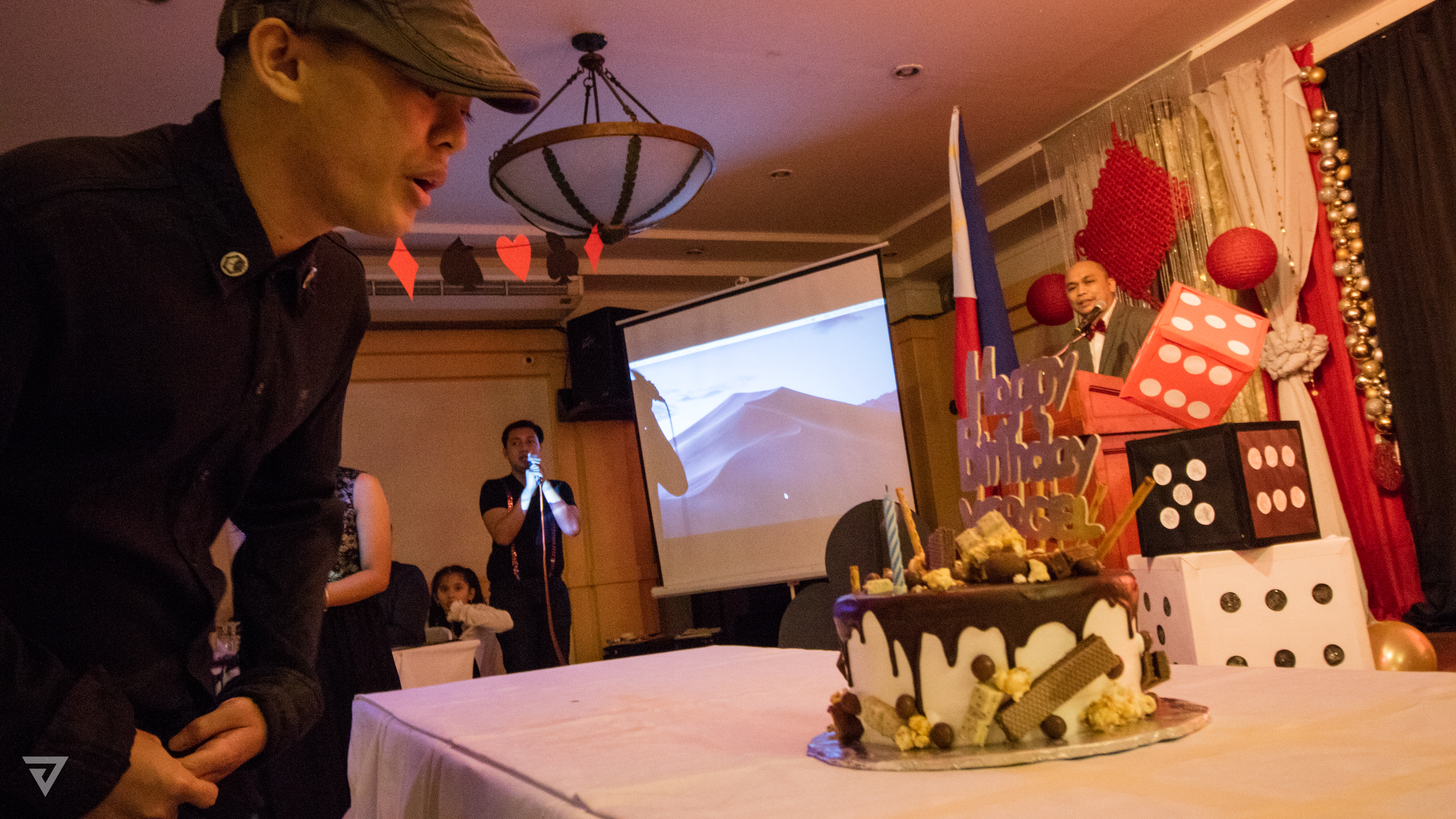 The first game was titled Singing Bee which was facilitated by Mr. Mark Baulo. The mechanics of the game is same with the famous Philippine Game Show, The Singing Bee. Participants of the game were picked randomly to represent the team. Everyone sing-along with the participants as the game goes on. In this game, Team Spades got the first spot. 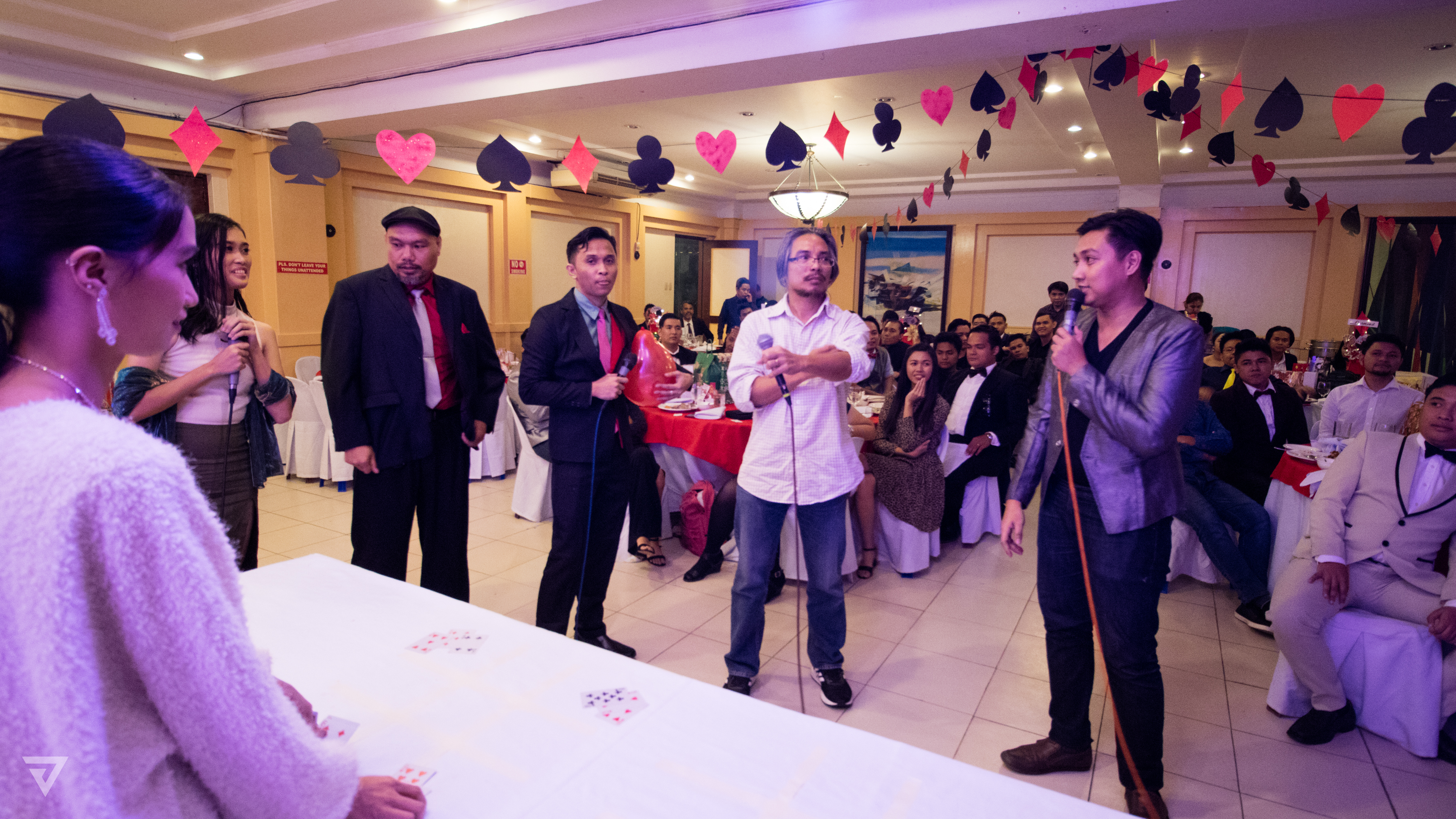 The second game was, for me the best game of all time, Message Action Relay which was facilitated by Mr. Rob Gunayan. The game should have been easier with less participants, but what made it fun was the number of participants being 15 in each team, making the Action Message more obscure and further from the original message as the actions were passed down from one participant to the other. The last person in the line of each team will then share to everyone the action message and figure out the title of the song that the action was based on. This time, no team got the right answer out of four given Action Message but the game was all fun and worth it. It also made the participants realize that miscommunication is a reality and care should be taken in sharing and believing relayed information as they can be “Fake News” after all. 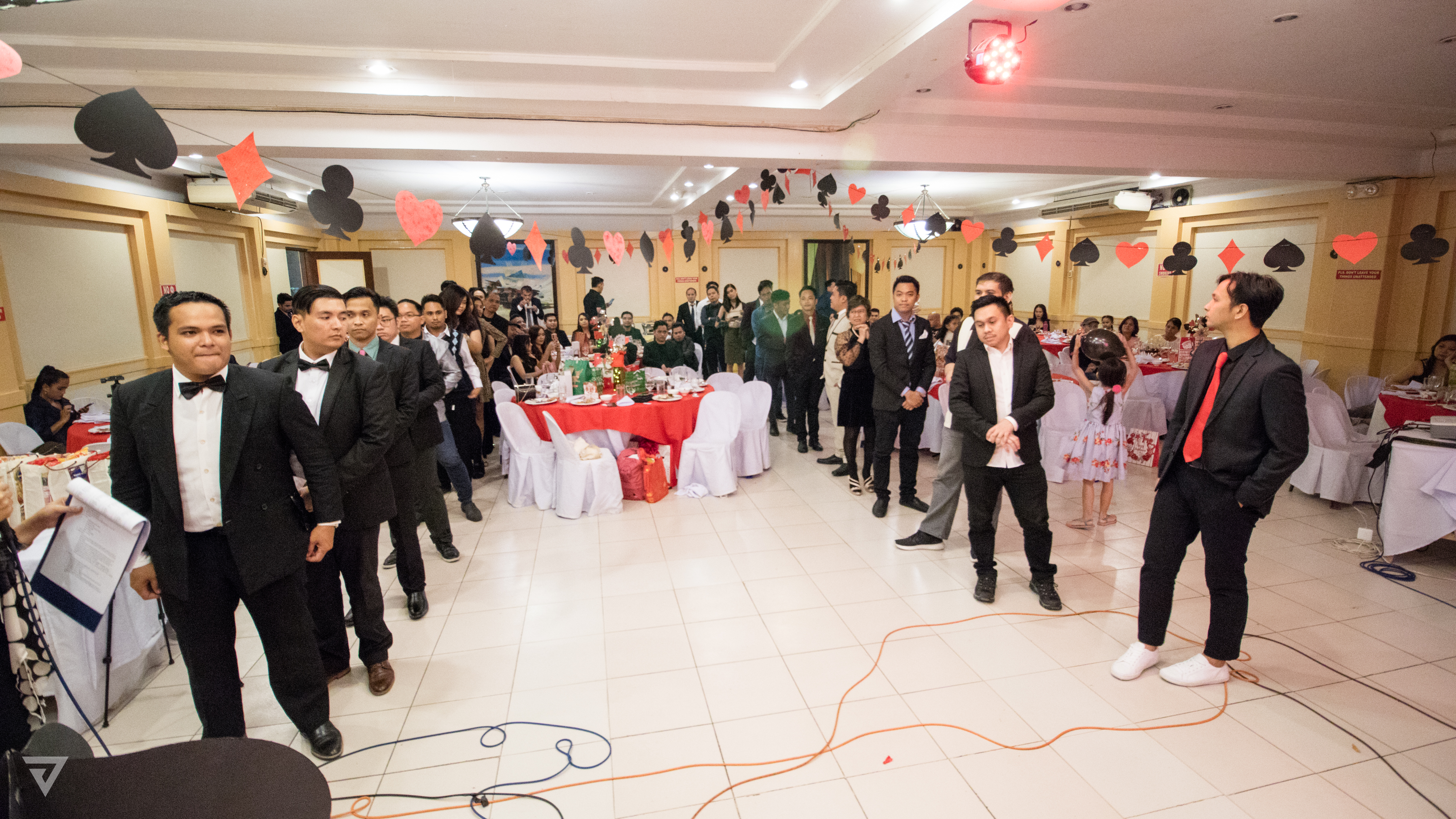 The third game was a Cup Flip Tic-Tac-Toe which was also facilitated by Mr. Mark Baulo. The Teams Spades and Hearts got to the Final Round in this game and with great focus and determination, the Team Hearts won the first place. 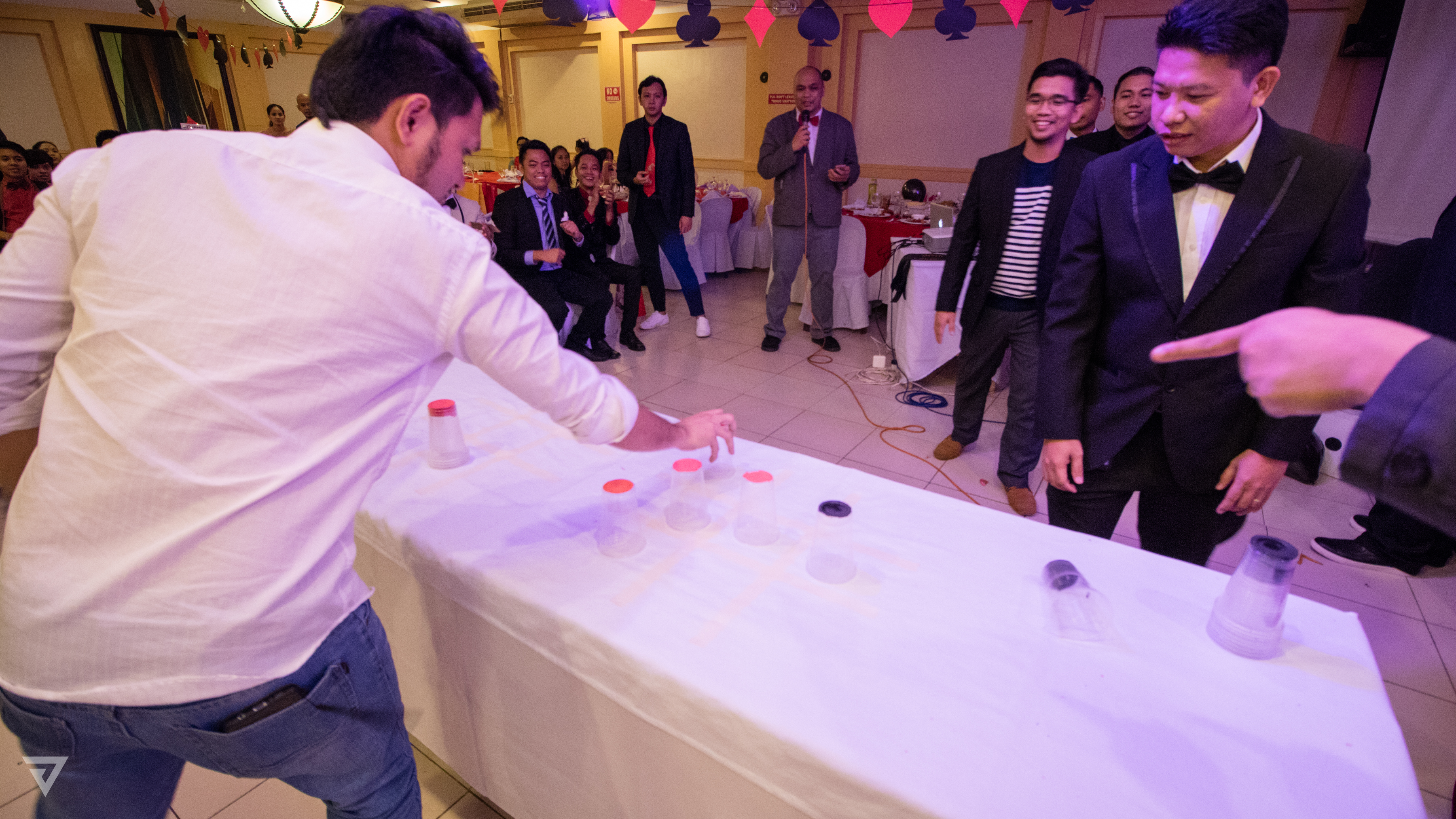 After the Video Presentations and Games, tallying the votes for the Best Station-ID, and the winner for the Queen and King of the Night, took place while the committee gave gifts to the kids which was facilitated by the HR Manager, Ms. Ailyn Micayabas. 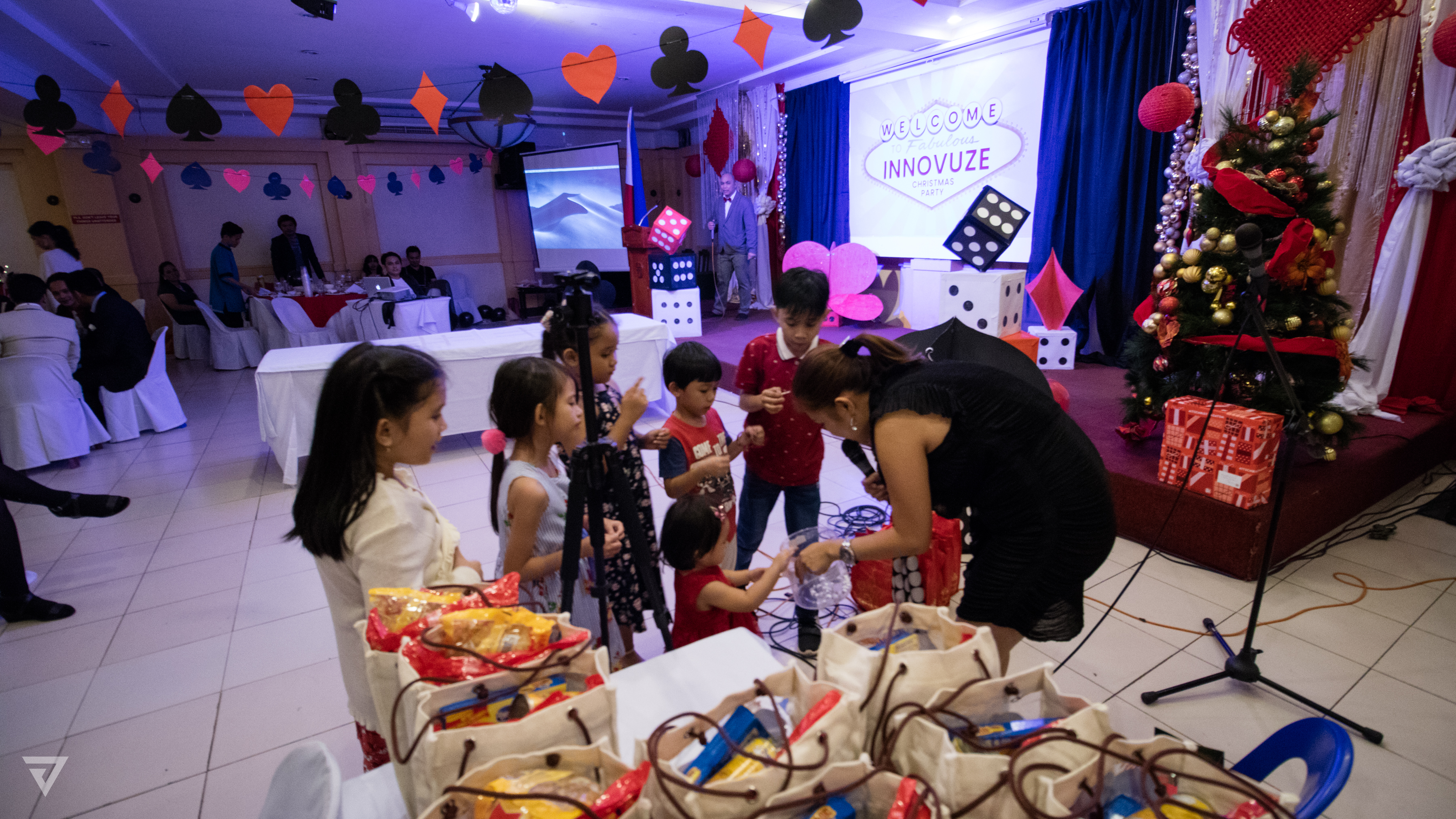 The HR Manager giving goodies to the children

A Christmas Party will never be complete without the exchanging of gifts. Prior to the exchange, everyone did not know who their Manita or Manito was, and this was specially prepared by Ms. Danica Pacana and Ms. Arlyn Simora of the committee. The only clue everyone had was a Country Codename. After the Exchanging of Gifts was the Giving of Special Awards. First up was the Loyalty Service Award which was given to the employees depending on the years that they have rendered service to the company. But of course, all were given their Noche Buena Giveaways, everyone received their gifts with a thankful heart and spirit. 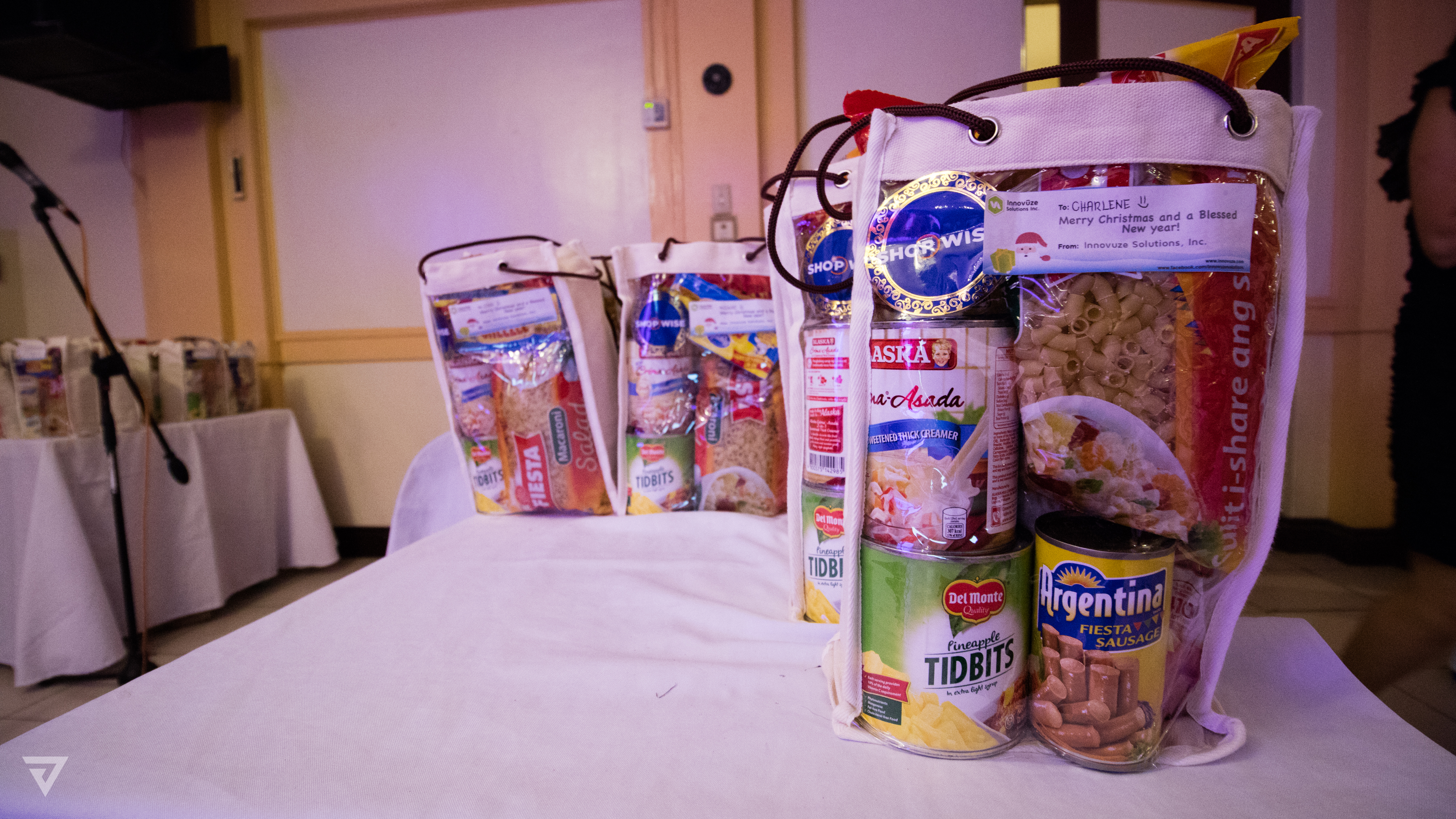 The time has come to finally draw the winners of the most-awaited major prizes, the winner of the Best Christmas Station-ID, the Over-All-Champion of the Games, and the awarding of the King and Queen of the Night.
For the Christmas Station-ID, all of the videos were great and unique but in the end, there’s only one winner. With all votes cast by, the winner is Team Hearts which also featured drone camera shots by Project LUPAD. Meanwhile, the Over-All-Champion of the Games is Team Spades 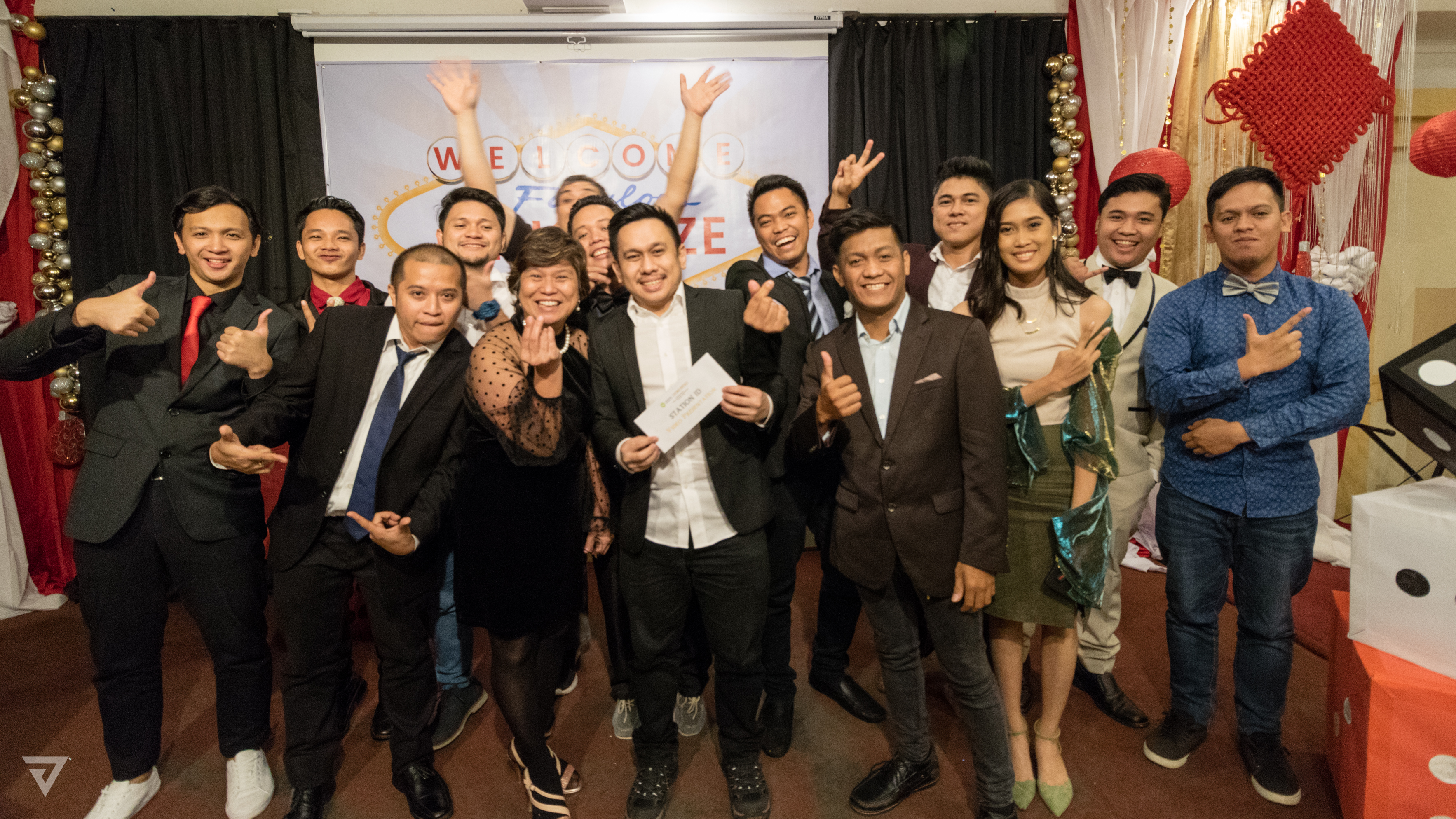 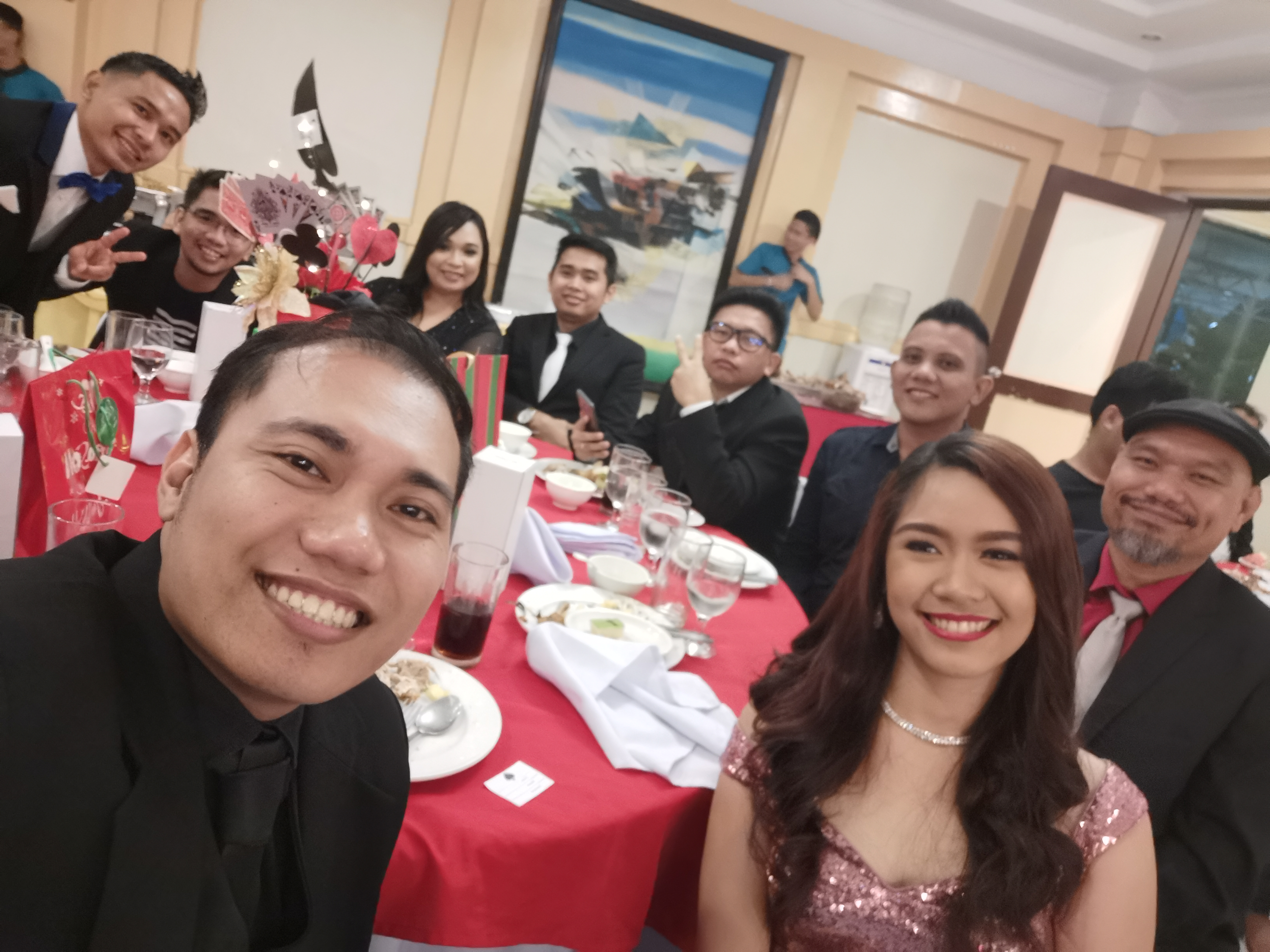 Over-All-Champion of the Games: Team Spades

And as the last major award for the night, the King and Queen of the Night took place. The dashing pair who won the hearts of all is King Jason Javier and Queen Lyn Albacete. These two looked perfect for a couple and everyone was just in awe. 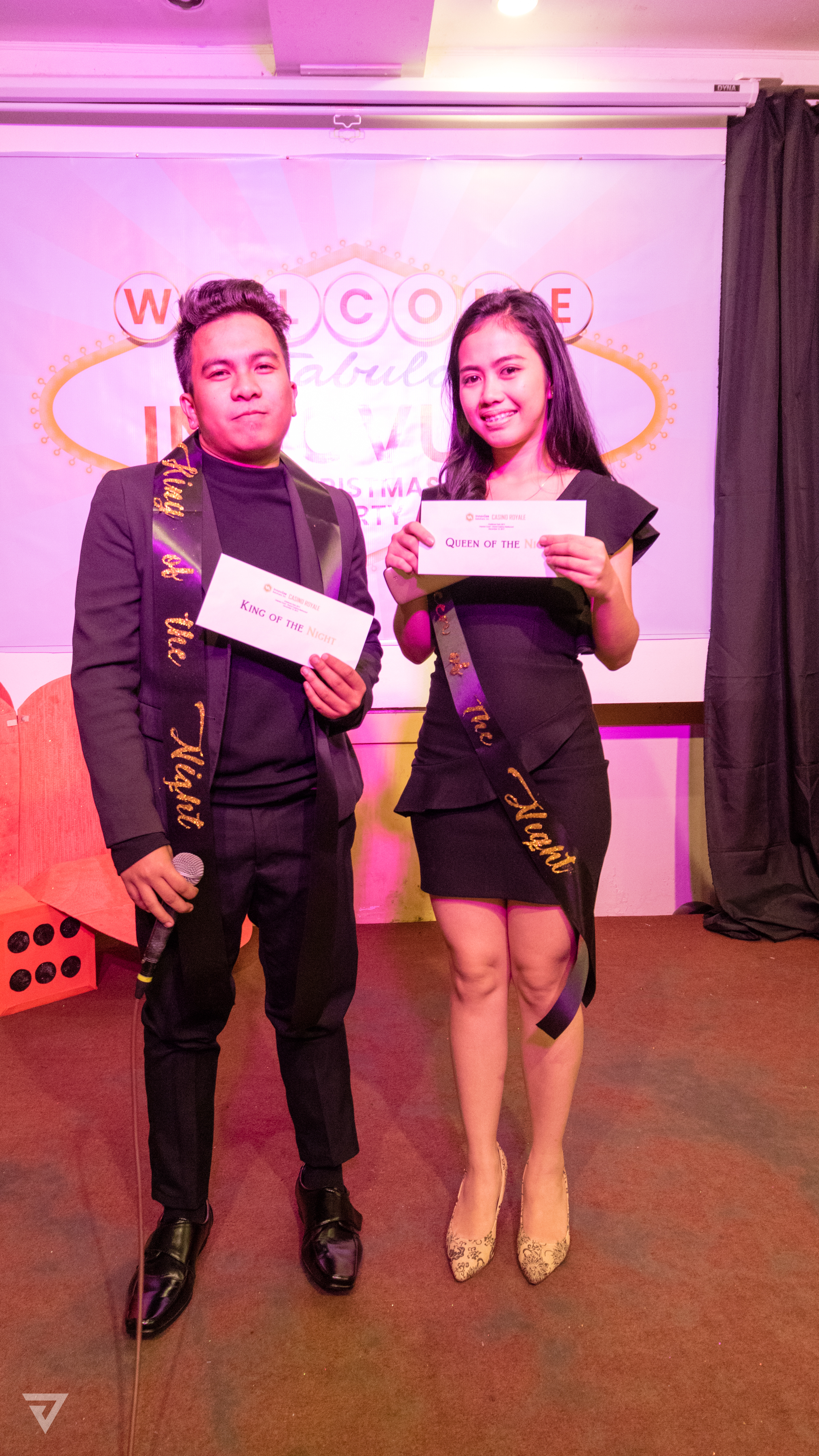 The King and Queen of the Night: Jason and Lyn

To finally end the night, the program was officially closed by Mr. Franklin Rey Pacquiao, the Operations Manager at Innovuze Solutions. Followed by the group picture taking of each of the ISI Team; the Admin Team, the Engineering Team, the Web Development Team, the SEO Team, and the Creatives Team.

To continue the night’s festivities, an after party took place at the VSuites, Divisoria, CDO, where we spent the night singing and having fun with our workmates.

It was truly a great way to end the year 2019 with a blast!
Happy Holidays from the Innovuze Family! 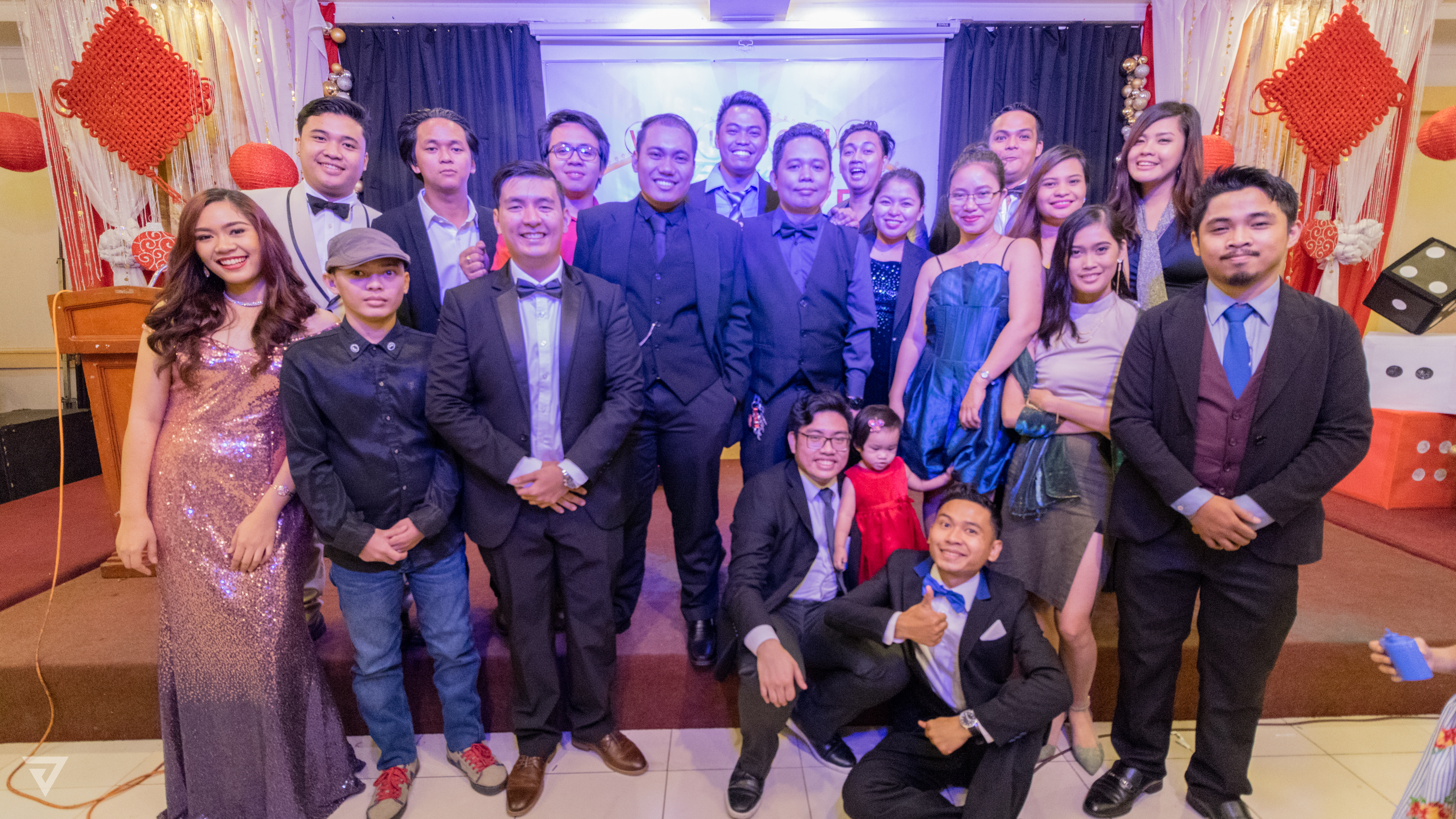 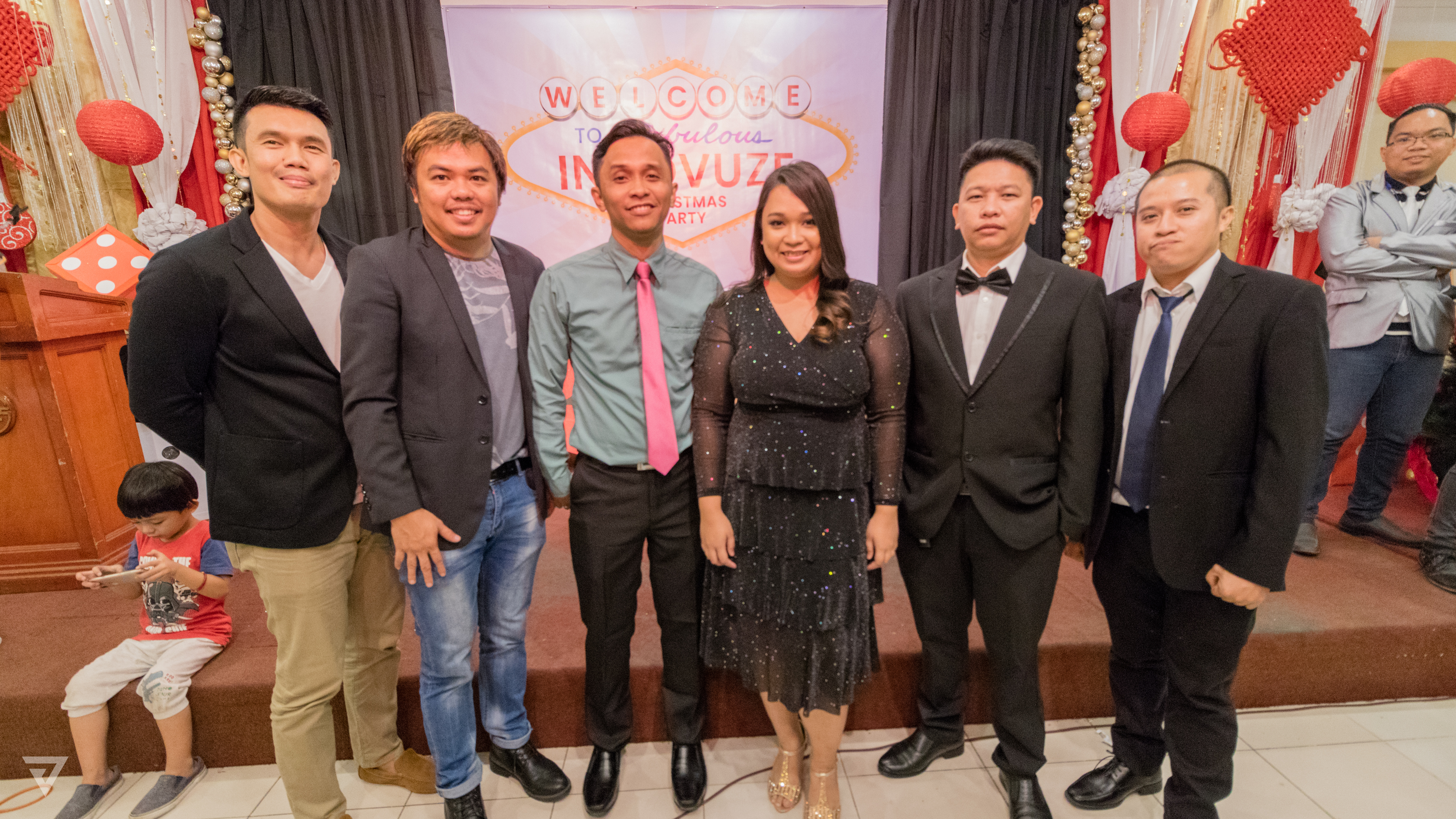 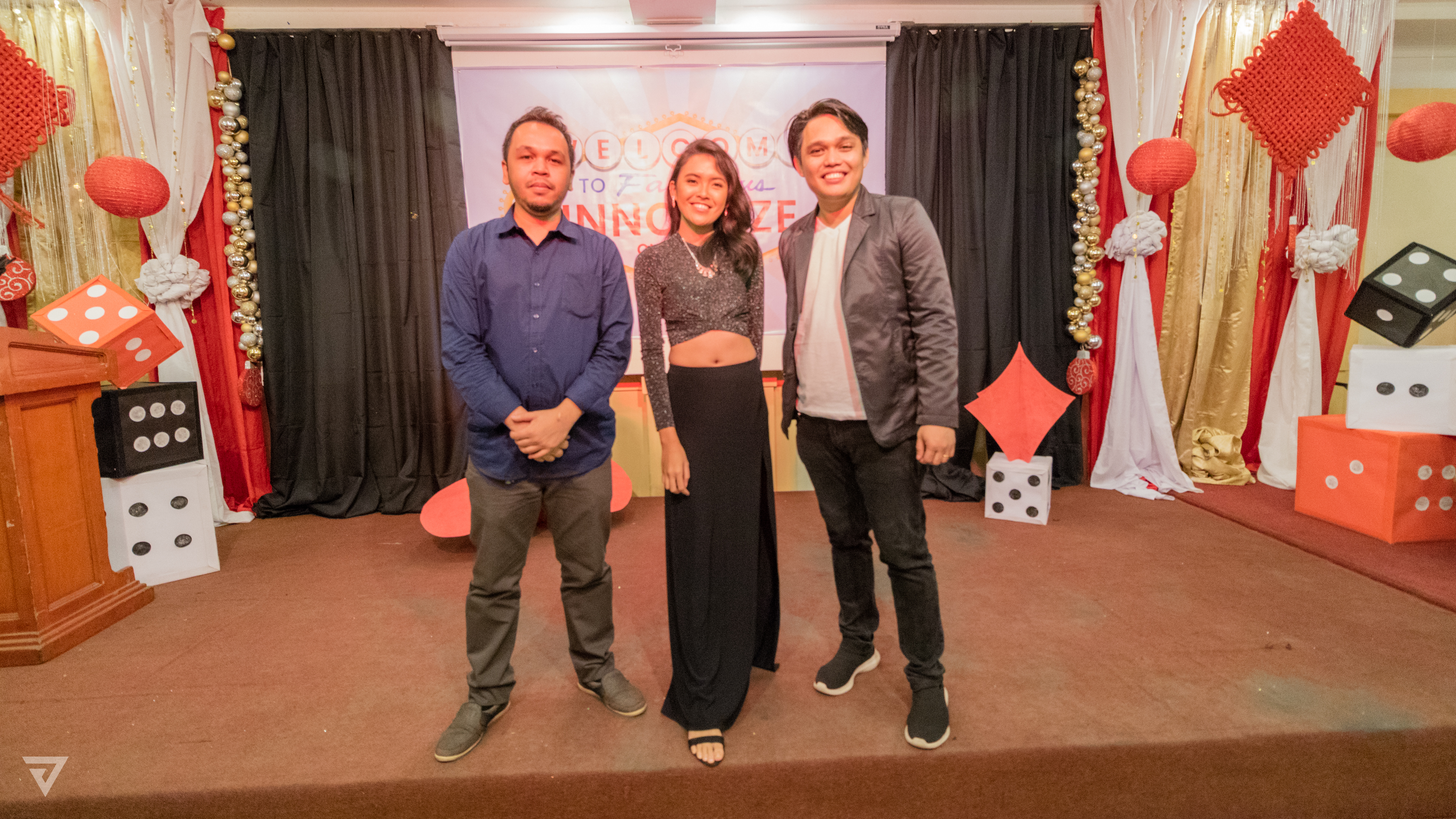 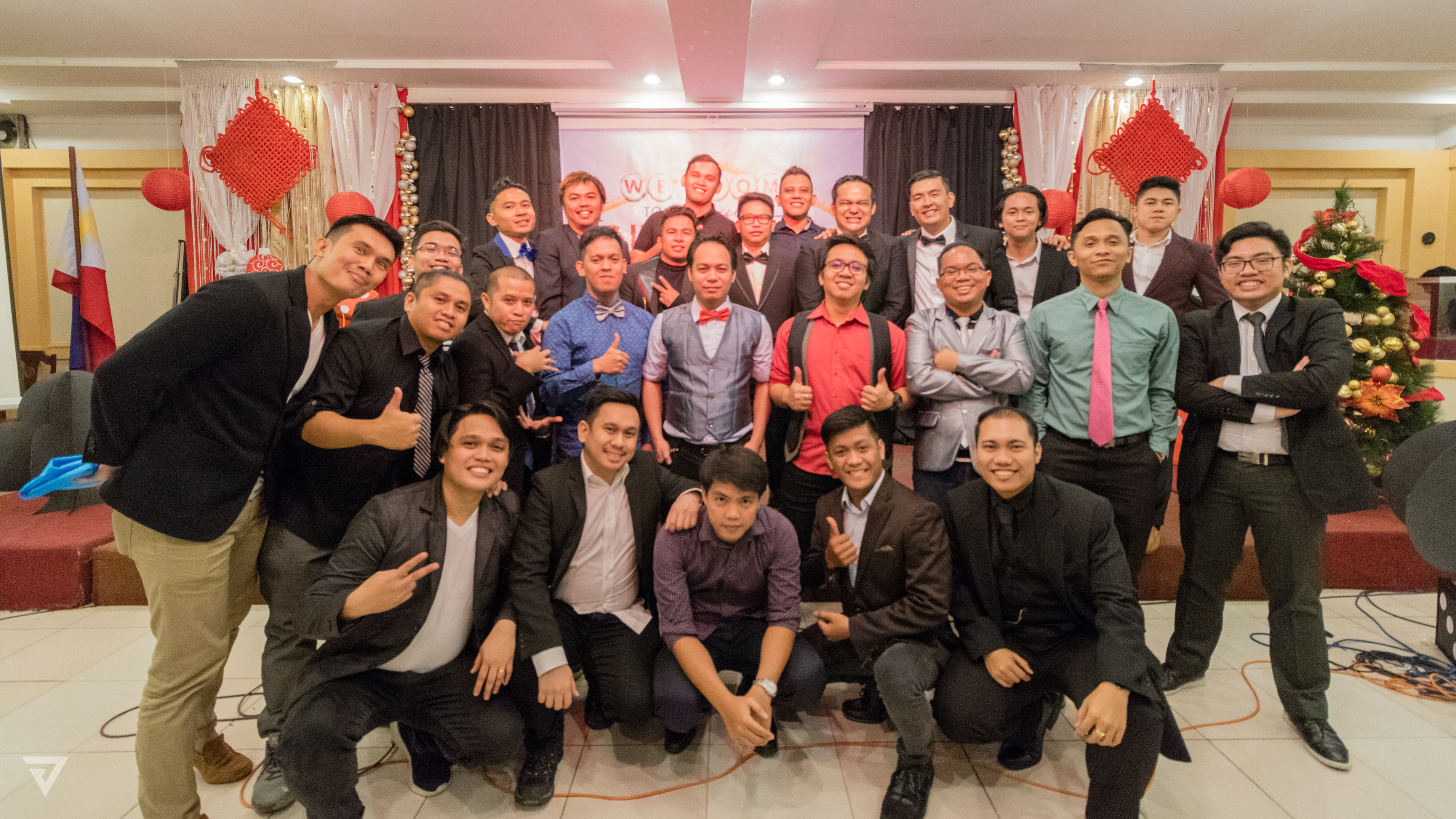 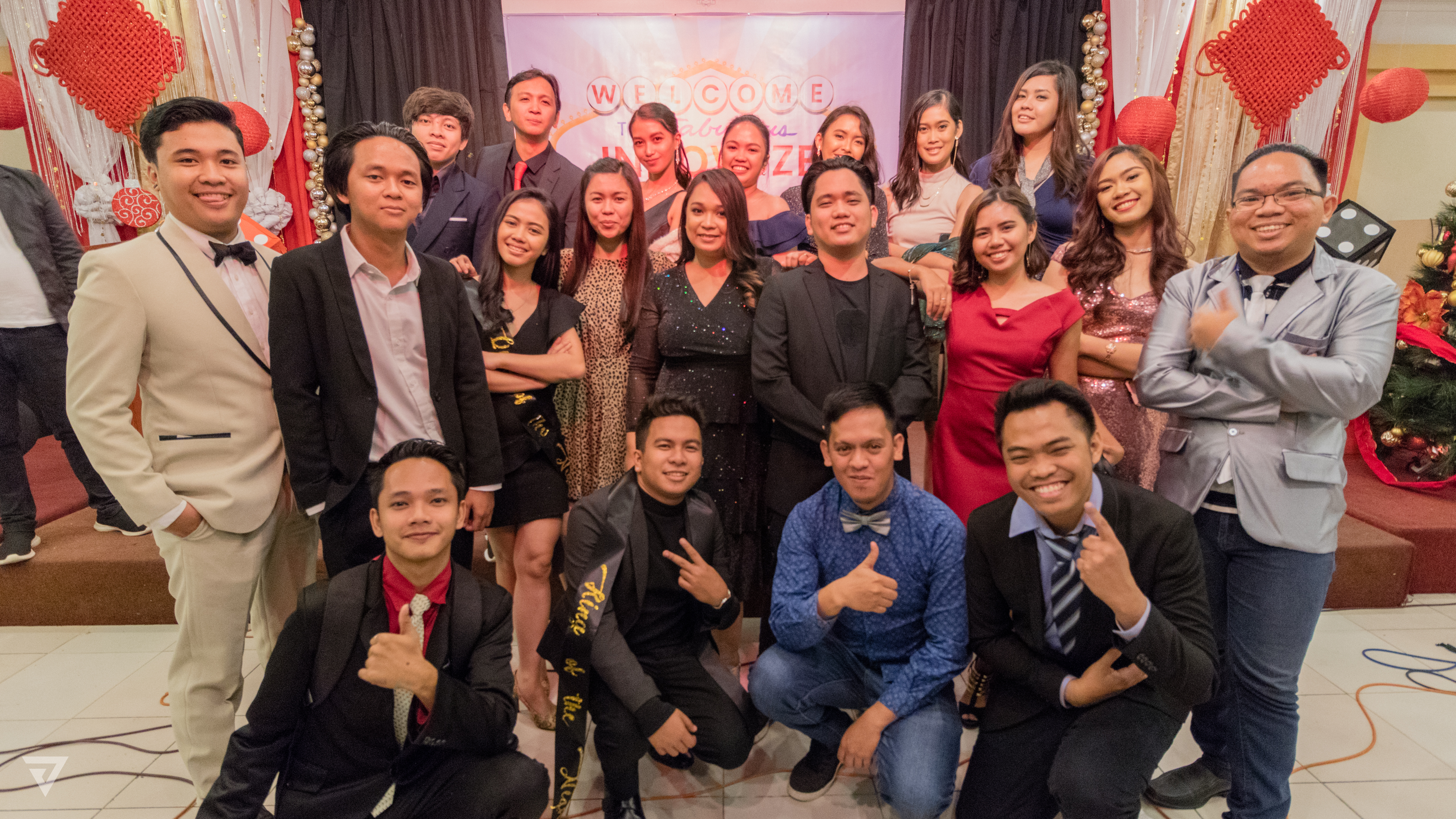 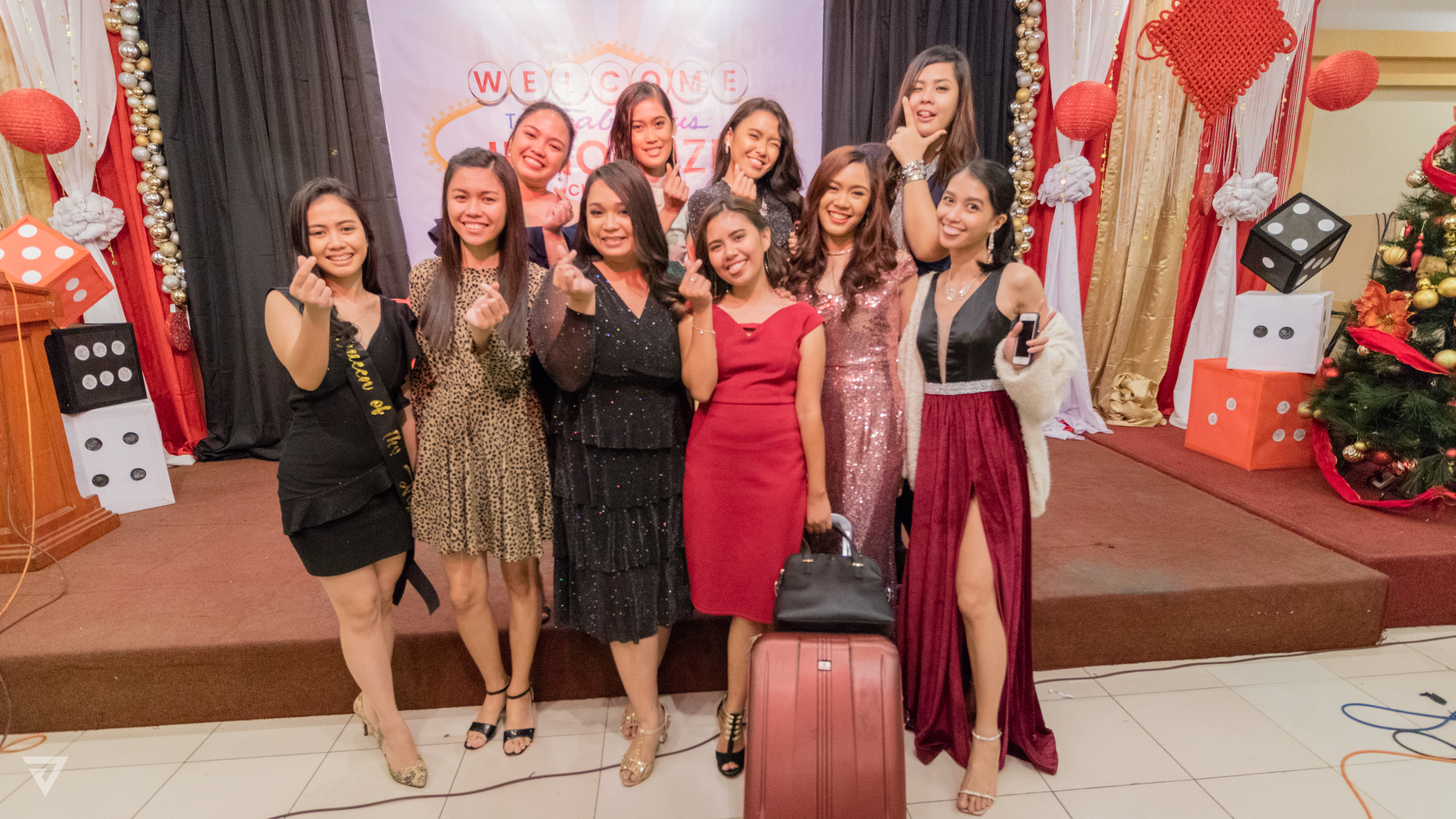