After almost two years of strict social distancing, virtual events, and working from home, quarantine regulations have finally been set to more forgiving levels. So, the Project Managers along with the Digital Marketing team felt the time was ripe to finally set a mini team building activity! Mini, you ask? Well, we still had to follow regulations and there are still limits on how many people can occupy a given space. Although, in a way this was a good setting for people who have not yet met due to working from home for so long to get to know each other and socialize.

Last April 9, 2022 the group set forth to Sicolon Cove in Laguindingan, Misamis Oriental for an afternoon of fun, food, and fancy. The Cove is a beachfront resort with cottages that has its own private mini pool but also features winding boardwalks that go way out into the waters. 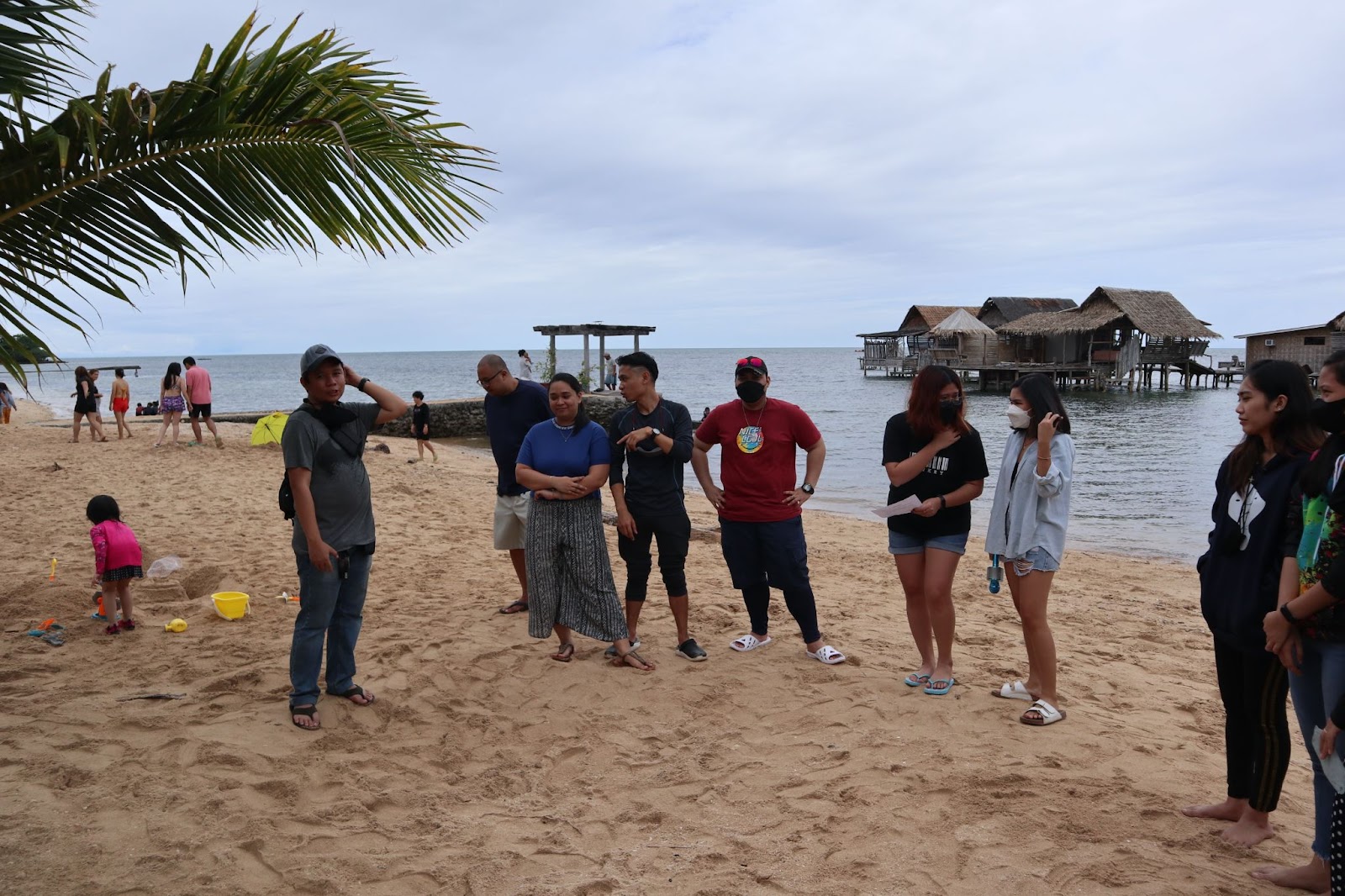 To kick off this event, our very own Associate Vice President and  Operations Manager, Mr. Franklin Rey Pacquiao gave words to everyone in attendance. Highlighting the importance of getting some R&R for our mental health and in building relationships with our workmates. 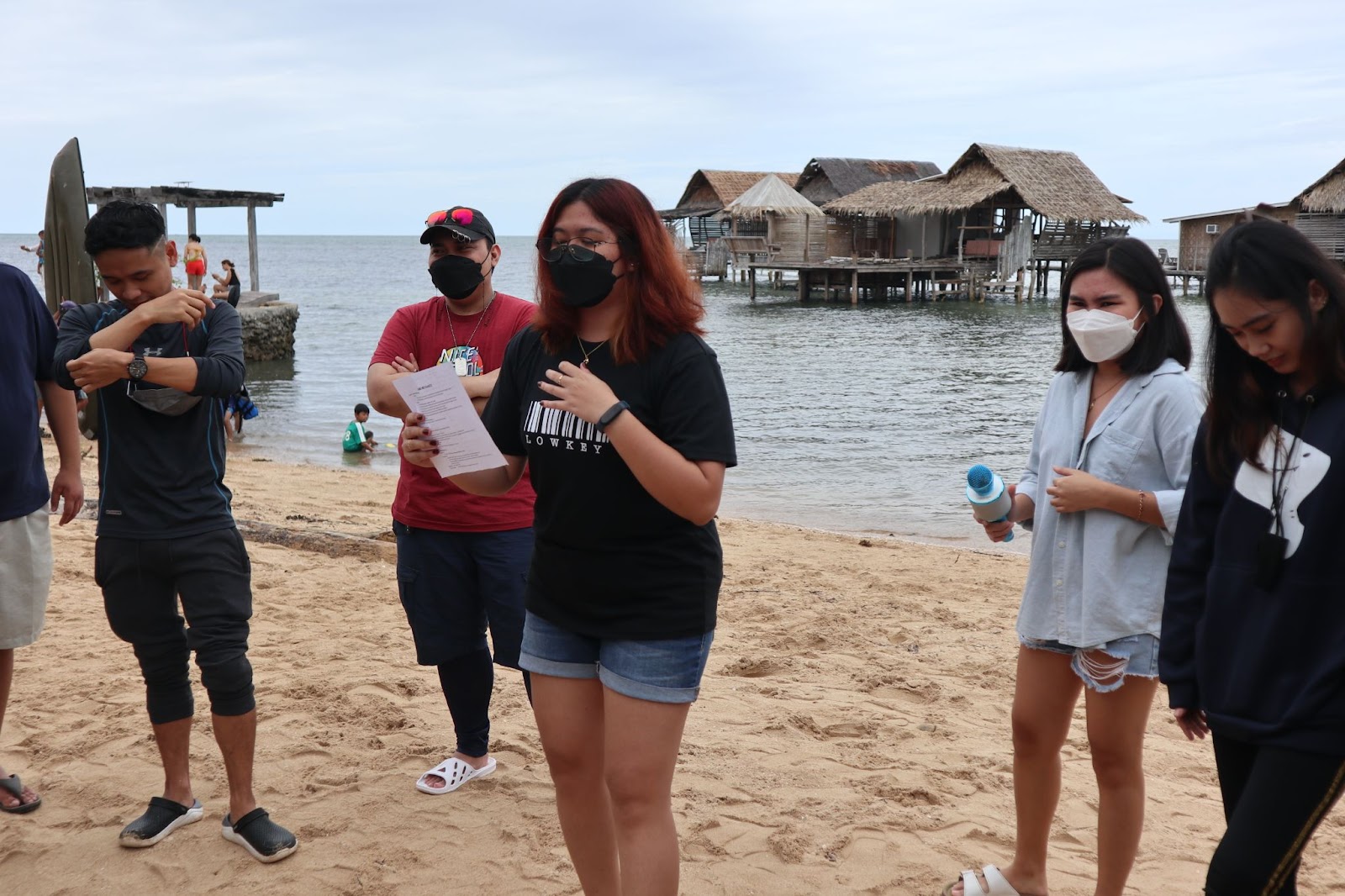 To host the event, Digital marketing specialist, Jelou also welcomed everyone and prepared for the first game of the day. After two years of working from home, quite a few employees were hired during the pandemic. In the history of ISI, it is customary to have a “GTKY” or “getting to know you” game to introduce everyone to everyone. But because of the prolonged work from home set up, some of the team members have never even met! To break the ice, everyone formed a circle and reintroduced themselves. Ranging from the OG employees going almost 9 years all the way to the newbies just about to hit their first work anniversary. Maintaining relationships within the team is an essential part of team dynamics and breaking the barriers set by distance is just the beginning.

Up next we had the second game of the day called pass the picture. Participants were given a keyword where they had to draw. Passing their drawing down the line, each participant had to redraw the image until the very end player needed to guess what the original keyword was. To no surprise the game led to laughs and jeers as with every person the original drawing morphed into something else entirely.

Round one started with the keyword being PIG, but after going through the drawing mill, team 1 guessed Dog while team 2 guessed Grasshopper.

Where did the wings come from?! 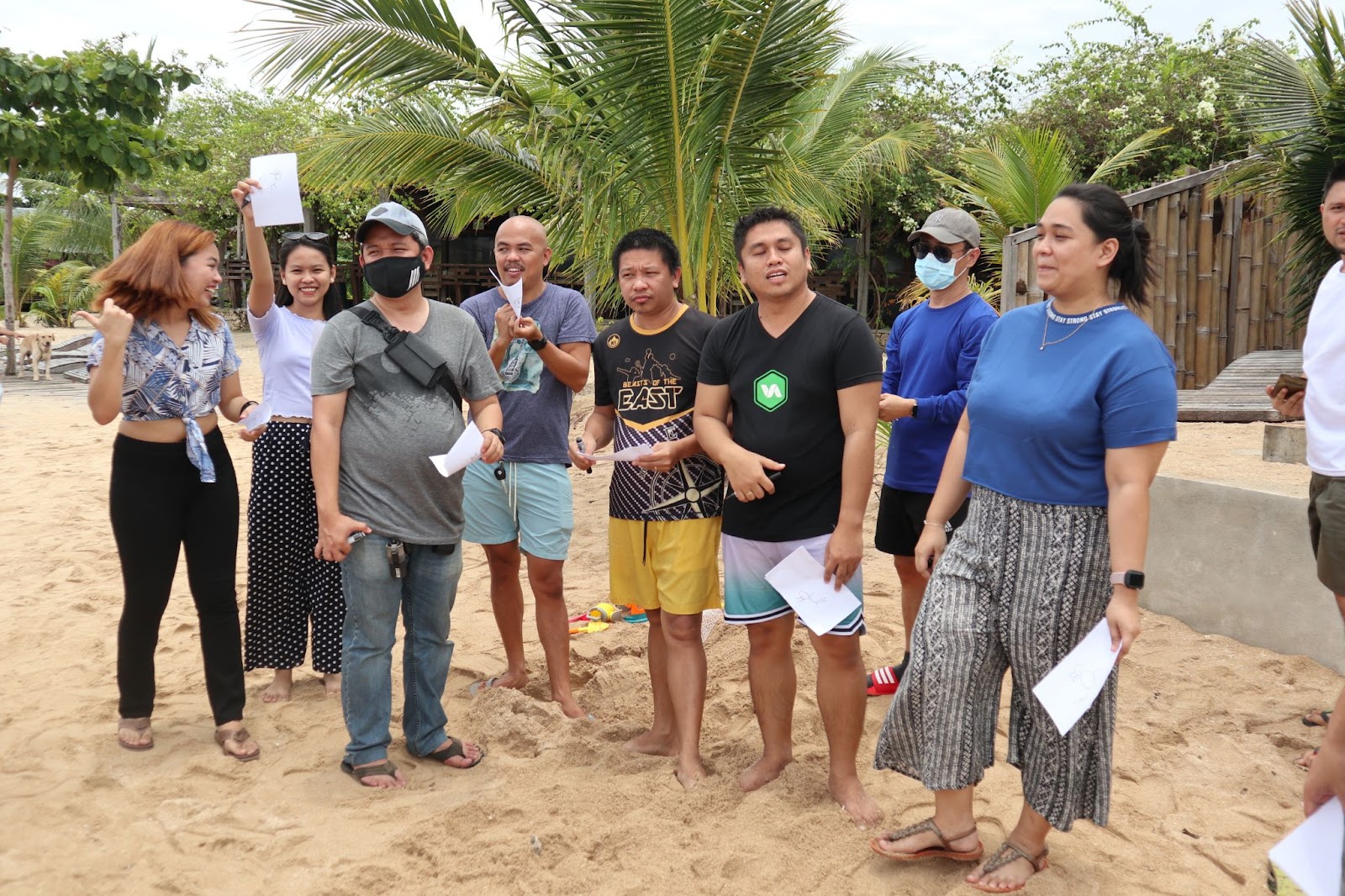 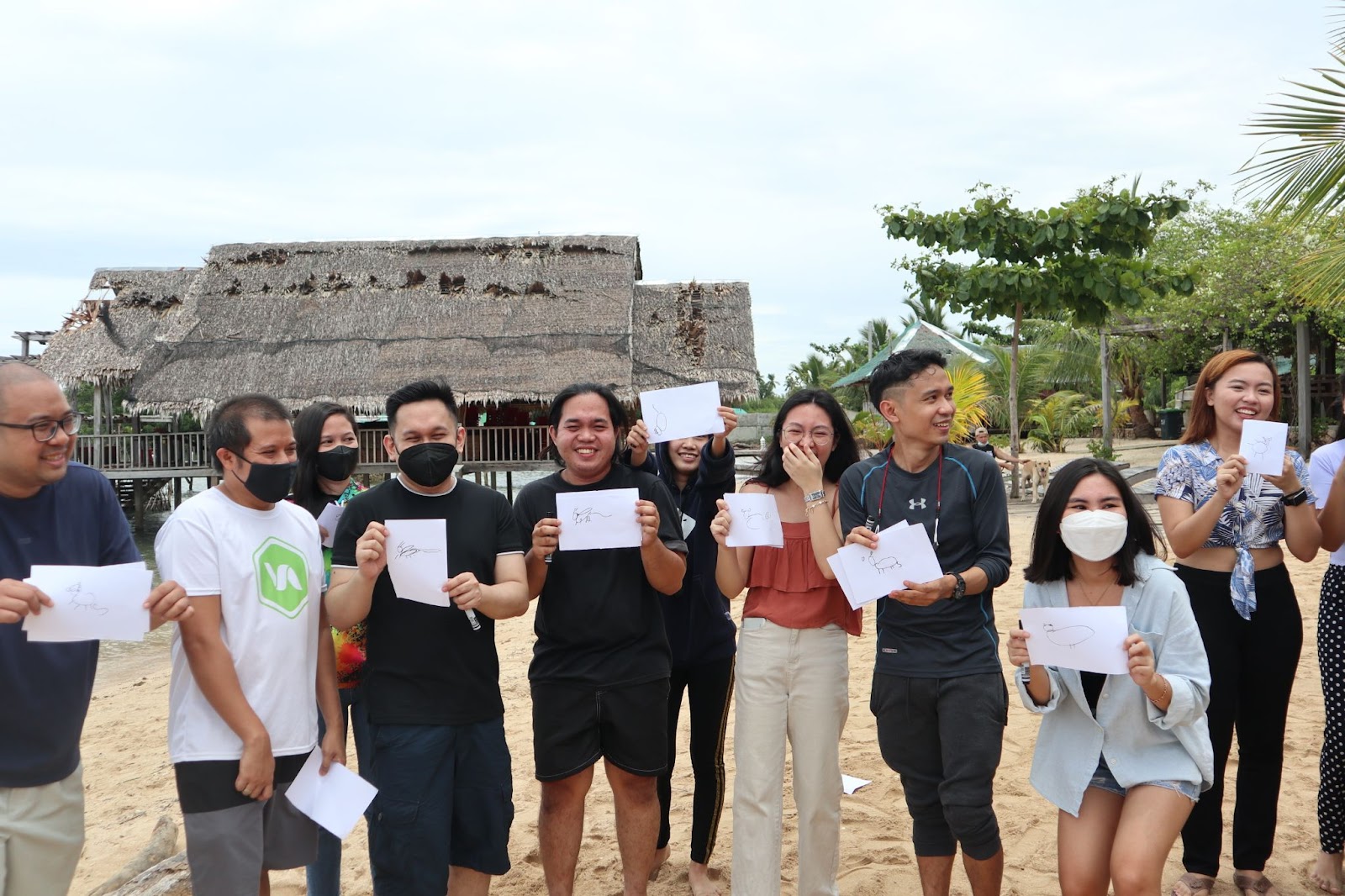 When round 2 came, the keyword given was a BURGER, and everyone set off to put on their artist hats. Some lines must have led to some confusion as the burger turned to a cake for team 1, while team 2 went on a totally different route and came up with a Resort!

Laughs and claps all around for everyone, no one technically won a point, but with smiles all around I guess everyone was a winner for that game! 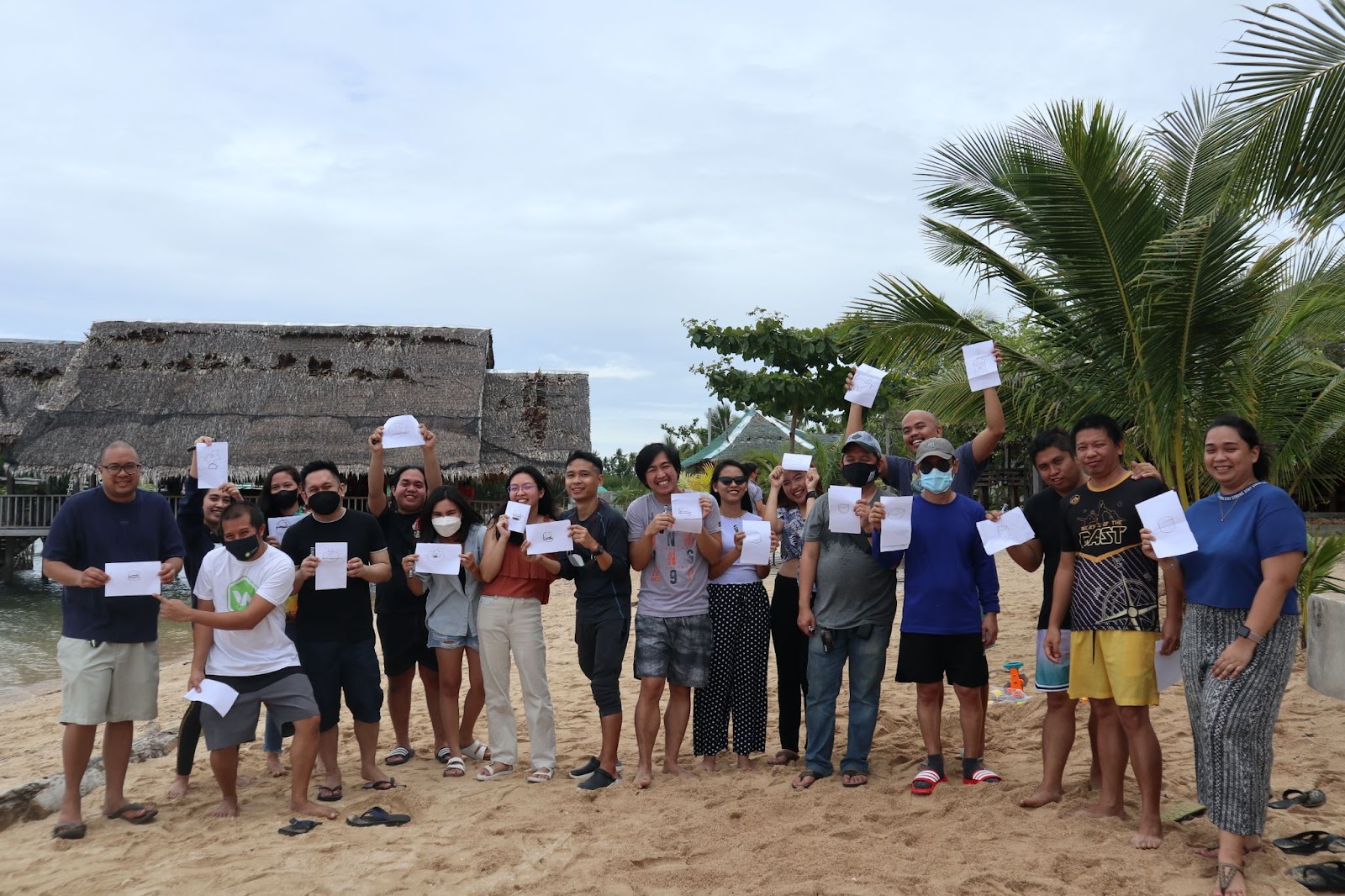 Let the Lunch Bells Ring and the Sirens Sing

As always, it’s now time for everyone’s favorite part - food! Another great way to socialize and build friendships, breaking bread together allows for conversations, especially for those who have not met before. It’s a great time to ask the names of the ones you’ve missed during the GTKY, what teams they were, or how your team ended up with a Resort coming from a burger! During lunch, a special shout out to Sir Franklin who will be celebrating his birthday the day after. 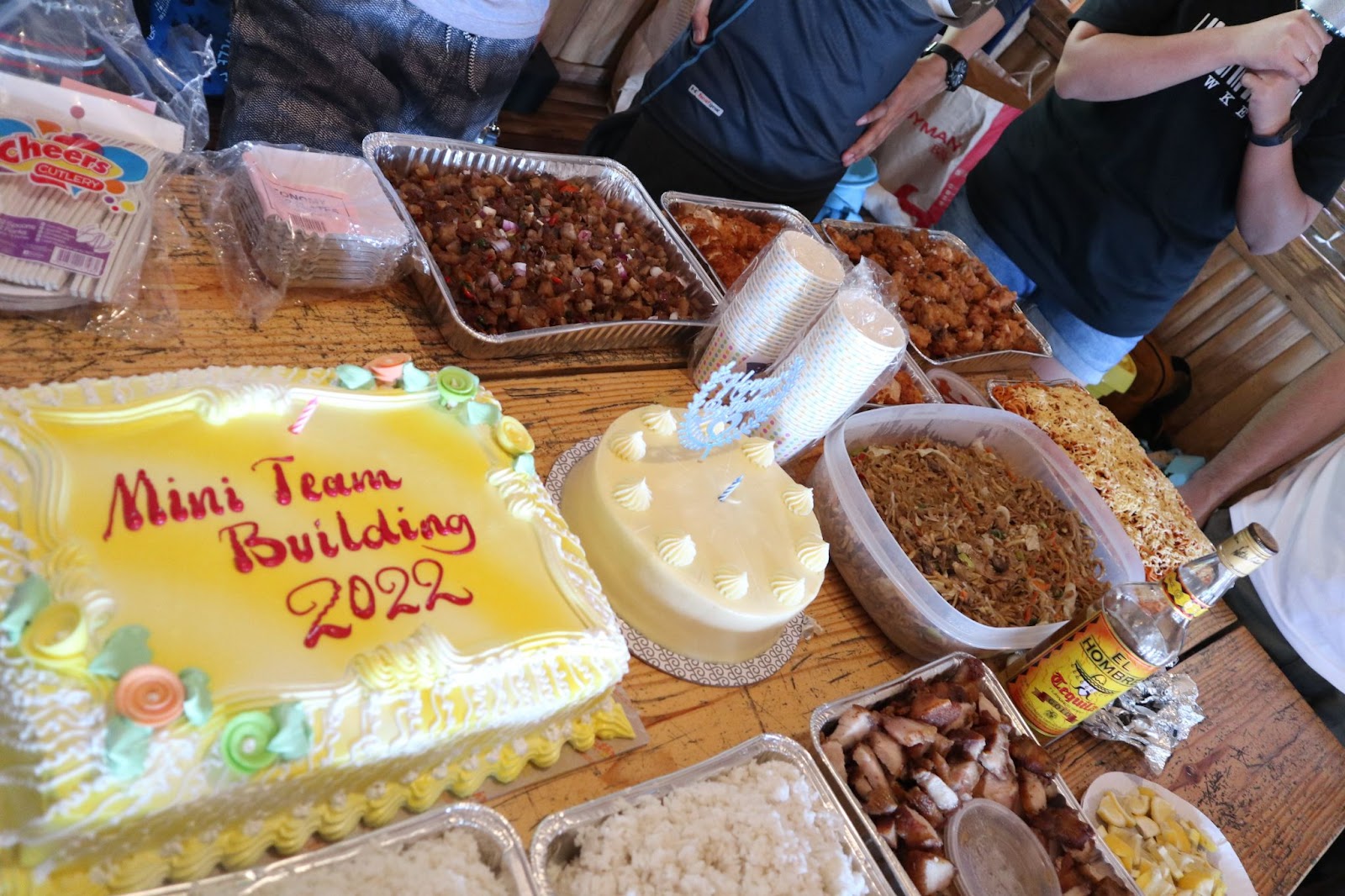 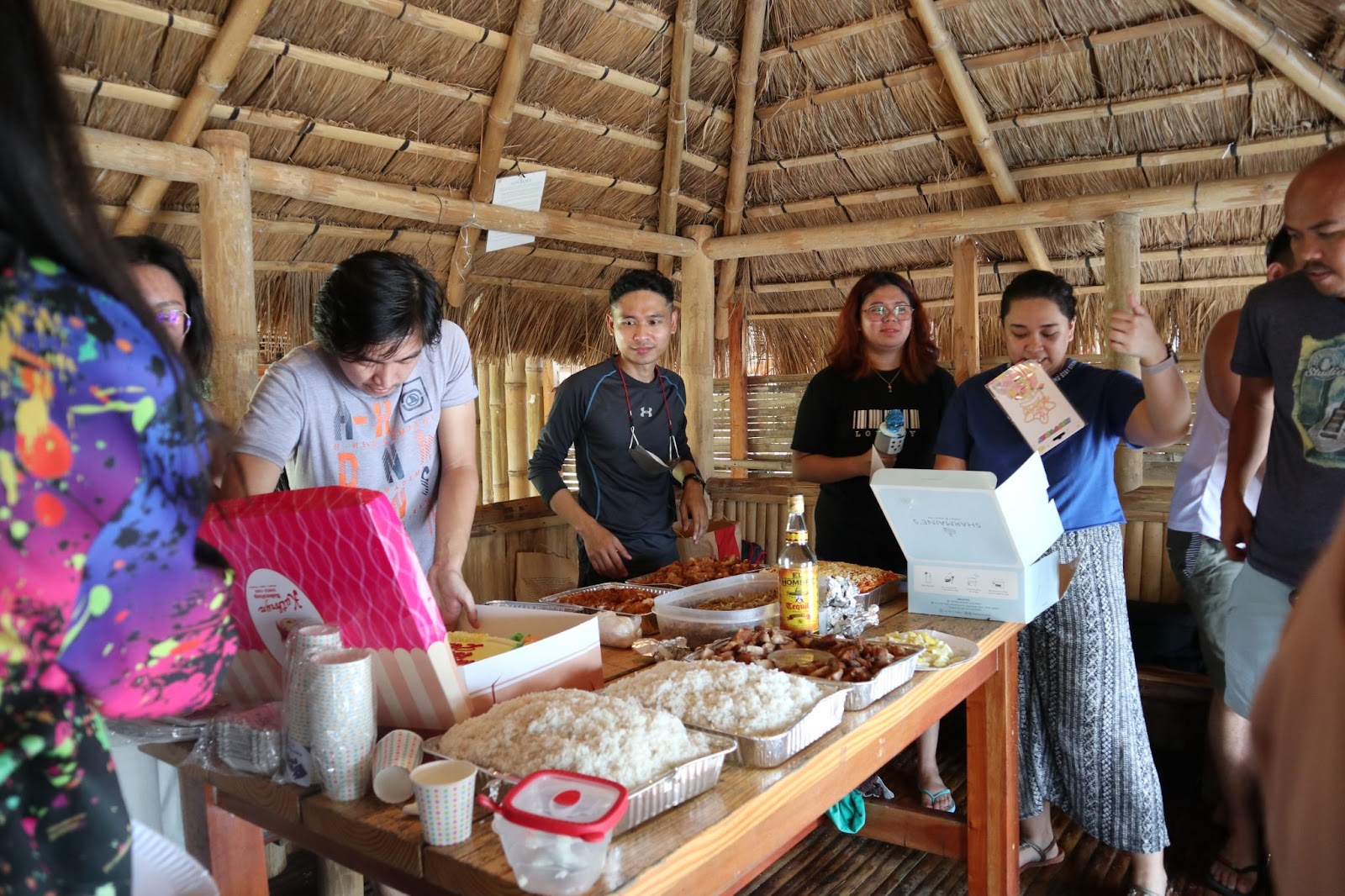 After lunch, when everyone had their fill, off to the beach they went. It wasn’t a particularly hot or sunny day, so it was the perfect weather to frolic at the beach. Due to the out reaching boardwalks, those who did not want to take a dip still were able to enjoy the waters.

After a few hours when everyone's cheeks were a bit redder from the beach sun, it’s finally time to head out.

Time to head out, but not go home just yet. It’s said that swimming is the best exercise as it requires you to move your whole body against resistance. Whether that’s true or not one thing is for sure, after you go swimming, it builds your appetite. And so, as we left the sands of Sicolon Cove, the team headed to Mr Kim’s Unli Samgyupsal in Uptown CDO for some unlimited Korean cuisine. 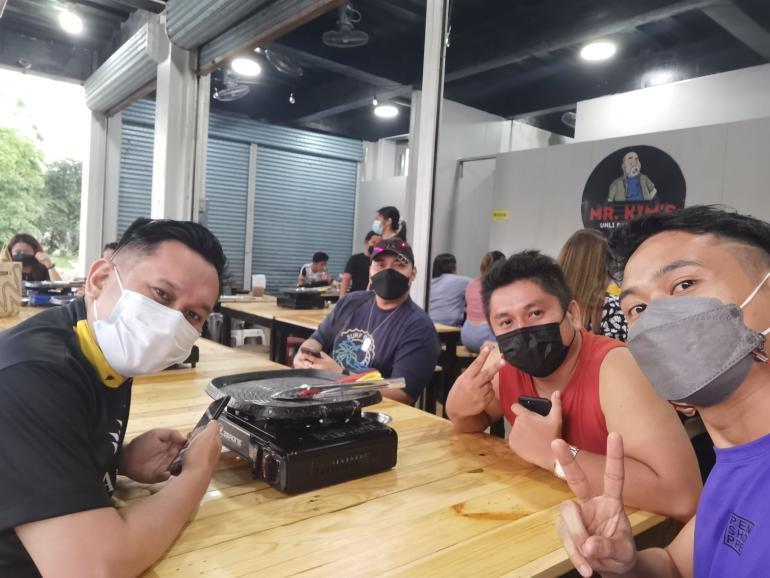 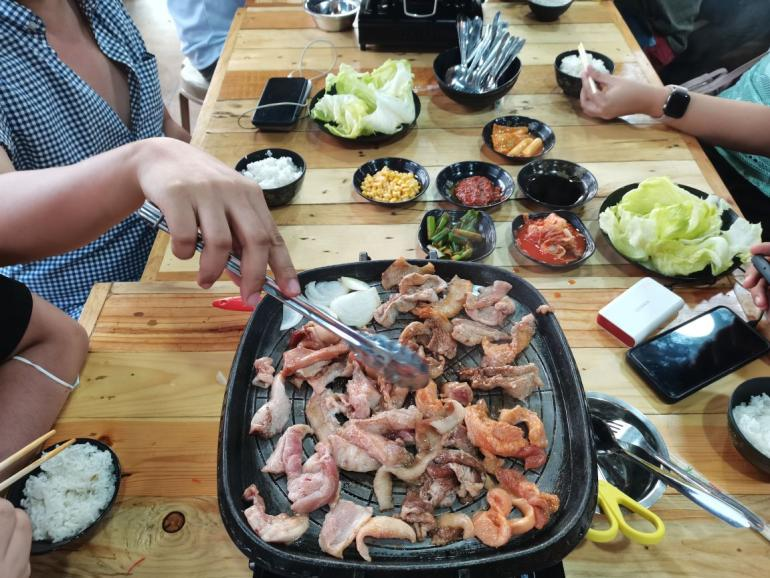 There’s so many unlimited samgyupsal options in CDO and it’s no wonder why. The textures and flavors of Korean food are hard to deny, and when you’ve spent the afternoon swimming under the sun, unlimited food sounds so good. Again, this is an excellent way to share conversations with your teammate as you wait for the meat to grill and chow down on kimchi.

As the sun began to set and night came, and the last few pieces of grilled meat were eaten, the vibes were still going strong. Everyone felt a great deal more comfortable when the day started and seemingly didn't want the day to end. And, as a final pit stop for the team building event, the group went to downtown CDO to have a little karaoke night at the Cave Karaoke and Lounge. 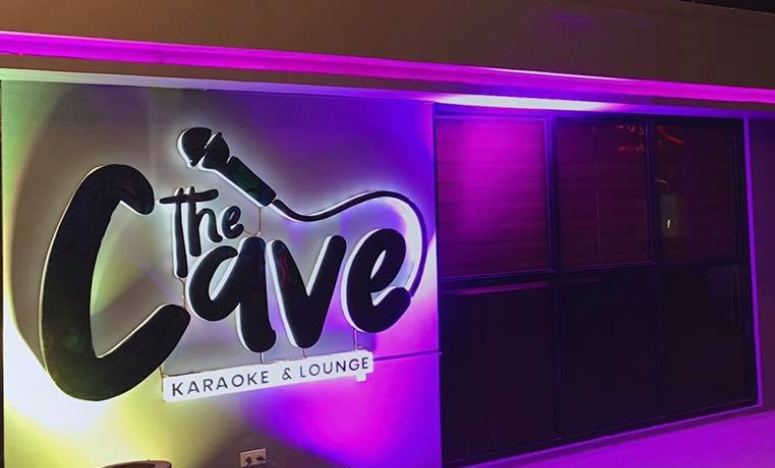 Letting loose and allowing the music to take control, everyone had a turn at the mic sharing their talents and favorite songs. Be it high note ballads, rock anthems, or pinoy old school tunes, the rest of the night was full of energy, a little bit of booze, and a whole lot of fun.

For any team to be built, relationships and dynamics need to be taken care of. Actively organizing activities such as these are such an important part of maintaining motivation and productivity within the team. The better the bonds are with employees within a team, the better they are able to work together and achieve their goals.