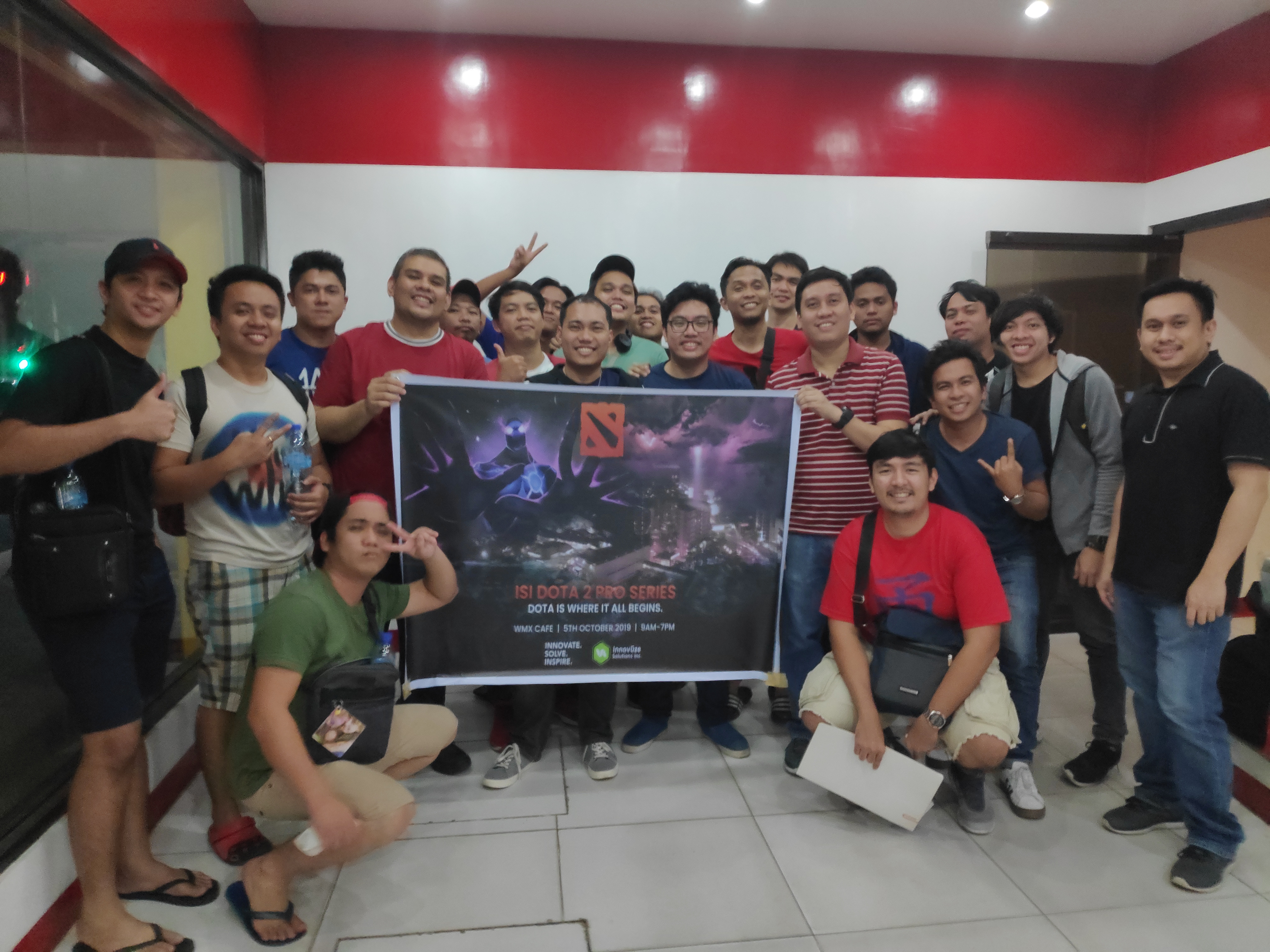 Being part of the IT industry, the company is aware of the popularity of MOBAs as a recreational activity especially among its young and young-at-heart team members. The company believes in the importance of work-life balance, particularly its effects on the well-being, performance, and creativity of its employees. Thus, the company integrated the support for hobbies and recreational activities into its employee-engagement program.

It turned out that more than half of the company employees are gamers or at least knows how to play Dota. The company’s General Manager himself, admitting to have played Dota way back before, showed up during the tournament to support the event and to personally congratulate all the winners and participants of the event. The Dota 2 event was an open tournament for all current ISI employees and was also welcome to former ISI employees. 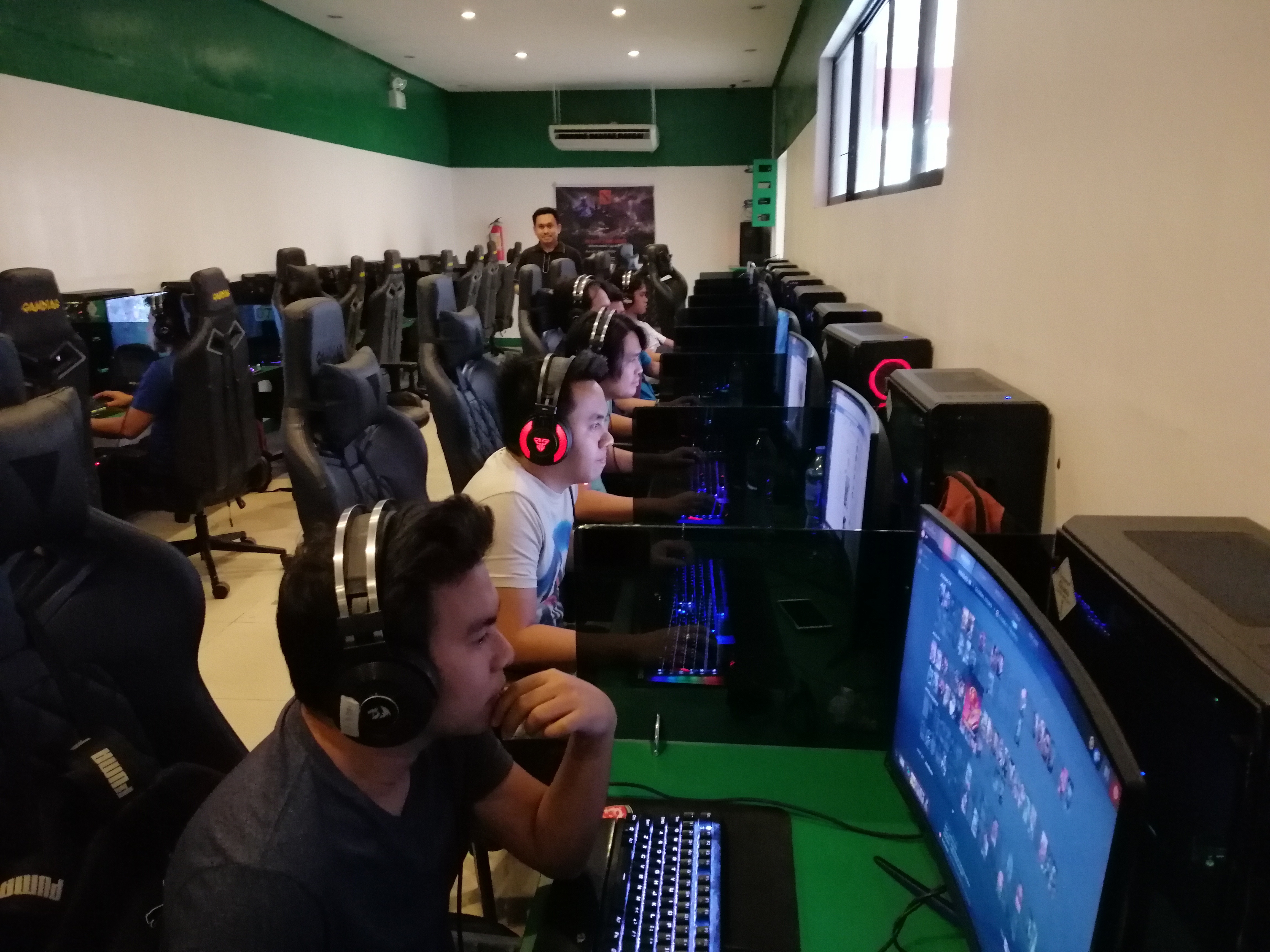 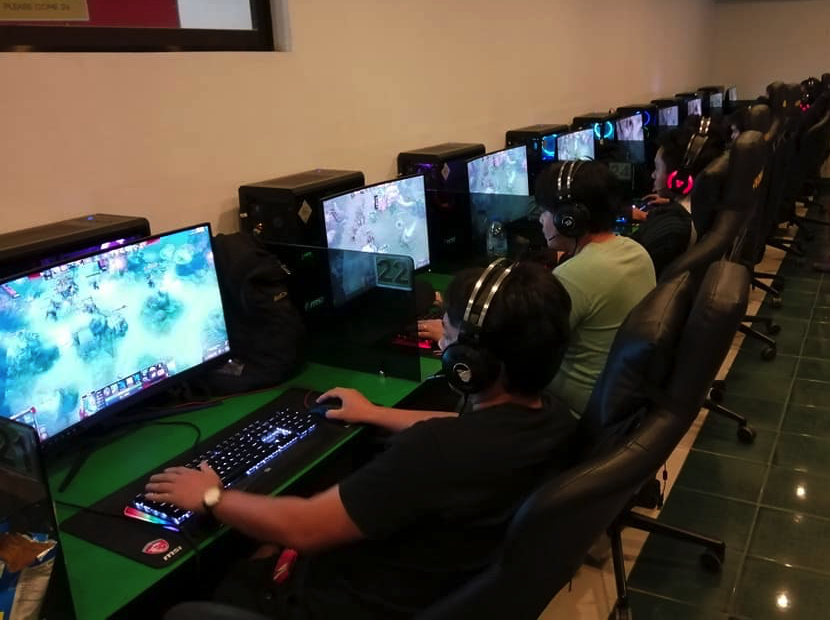 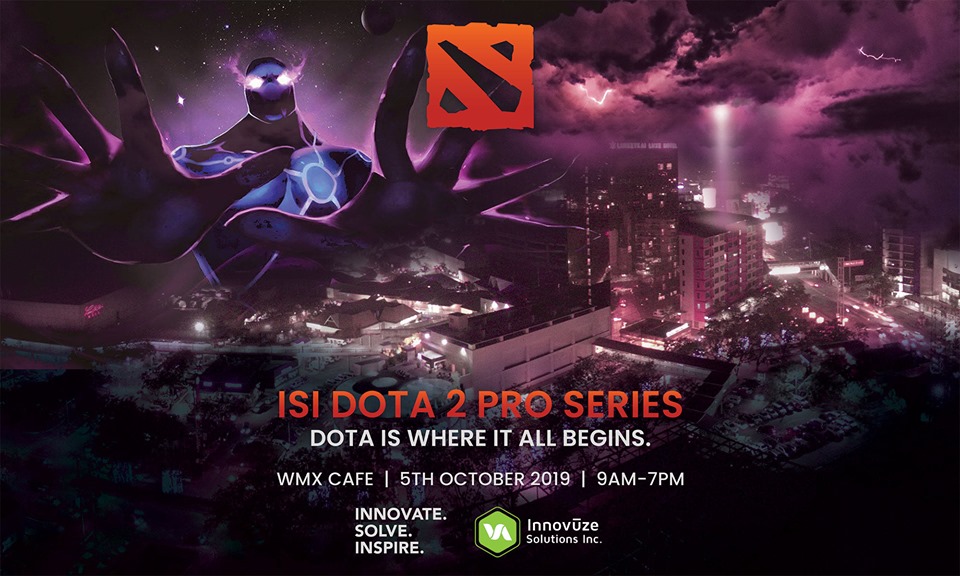 The event's slogan and them, “DOTA is where it all begins,” signifies the beginning of a new venue for employees to gather and enjoy the game and at the same time build rapport and camaraderie among colleagues. It enabled old and new employees to interact as Dota is a game where communication, strategy, and teamwork are key. Of course, with some bantering thrown in, the game becomes more fun and entertaining. The game sparks friendly competition, but more importantly, also builds rapport within and beyond the game. 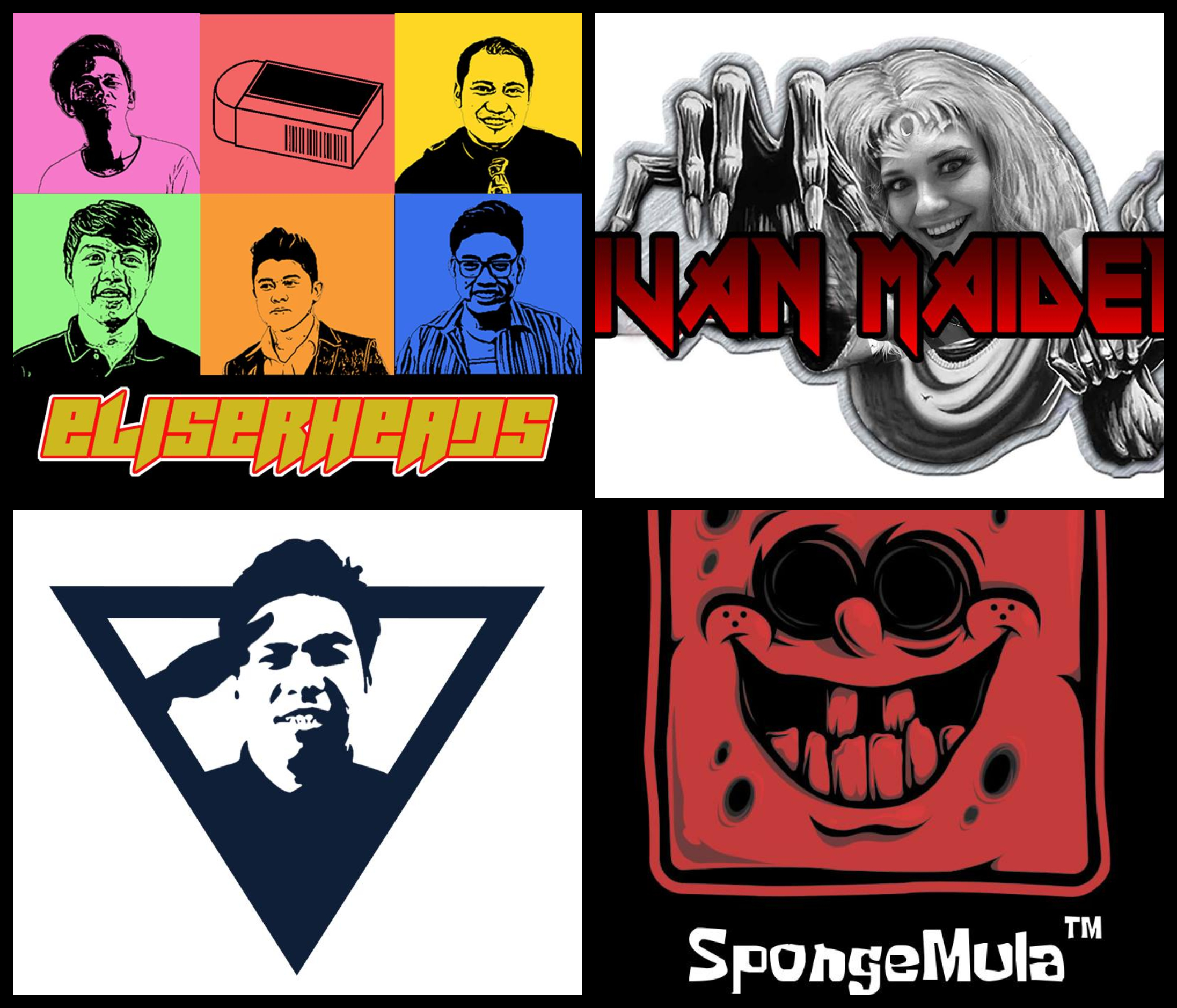 The team logos: Eliserheads, Ivan Maiden, Salute to the Kernel, and Spongemula

After an open call for participants, the organizers ended up with four teams. Players were drafted according to their Matchmaking Rank (MMR) to level the playing field between seasoned players, casuals, and newbies. The guideline for creating a team name is simple: a pun that includes the name of one of your members. One of the most creative team ideas was SpongeMula a play on Sponge Cola and from the surname of one of its members, Neil Mula. Their logo depicted a grimly smiling SpongeBob Squarepants that would surely give children (and their rival teams) chills. Another team also got their name from an OPM band - particularly the legendary Eraserheads. Adding the name of one of its members (Eli), they came up with Eliserheads and donned a logo that resembles an album of the band. On the other hand, one of the teams goes international and got their name from the world-renowned metal band, Iron Maiden. Obviously, the Ivan Maiden team has someone named Ivan on their team. Ivan, despite being a former employee of the company, was very welcome to join the tournament. The fourth team, the only one not named after a band, got their pun from the military: Salute to the Kernel; except it’s not the rank Colonel but the name of their team captain, Kernel.

The games were set in a single-elimination knockout basis. Two groups of two teams are pitted against each other for the chance of entering the finals. On their first game, Ivan Maiden won in an unorthodox manner as they were down 1-0 against Salute to the Kernel. They came back with an interesting win against a hero nobody expected - Techies. Their deciding game went up to almost an hour as they take the 3rd game in a close 26-30 kill score.

Meanwhile the other teams also had their own share of long games as the first game between SpongeMula and Eliserheads reached the 50-minute mark. Eliserheads utilized the Dazzle-Huskar combo to win 54-34. SpongeMula almost equalized the series by picking Tidehunter and Warlock that deals massive damage in teamfights. The game lasted more than an hour (71 minutes), SpongeMula’s Ember Spirit with 3 Divine Rapiers at the end of the game fell short as all Eliserheads focused on disabling him taking the second game with 41-38 win.

Ivan Maiden and Eliserheads went up against each other in a best-of-three finals. Ivan Maiden got the upper hand early with another Tidehunter-Warlock pick securing 12-3 lead and destroying 4 towers. A good teamfight entering the 30-minute mark signaled hope for Eliserheads which they carried on to win 28-19 in 44 minutes. Eliserheads, finding the Axe-Dazzle combo useful, repicked almost the same line-up with Skywrath and the recurring Razor. However, Ivan Maiden yet again picked the notorious Techies for the critical 2nd game. Eliserheads led earlier but were stalled from pushing by the bombs planted by Techies. Eliserheads adjusted by building items that would sustain the team, making them durable against bombs and massive damage outputs. The game lasted 48 minutes and Eliserheads were crowned ISI Dota Tournament Champions with a convincing 4-0 undefeated run.

Scoreboard for the final game in the championship round; Eliserheads won at 42-18. 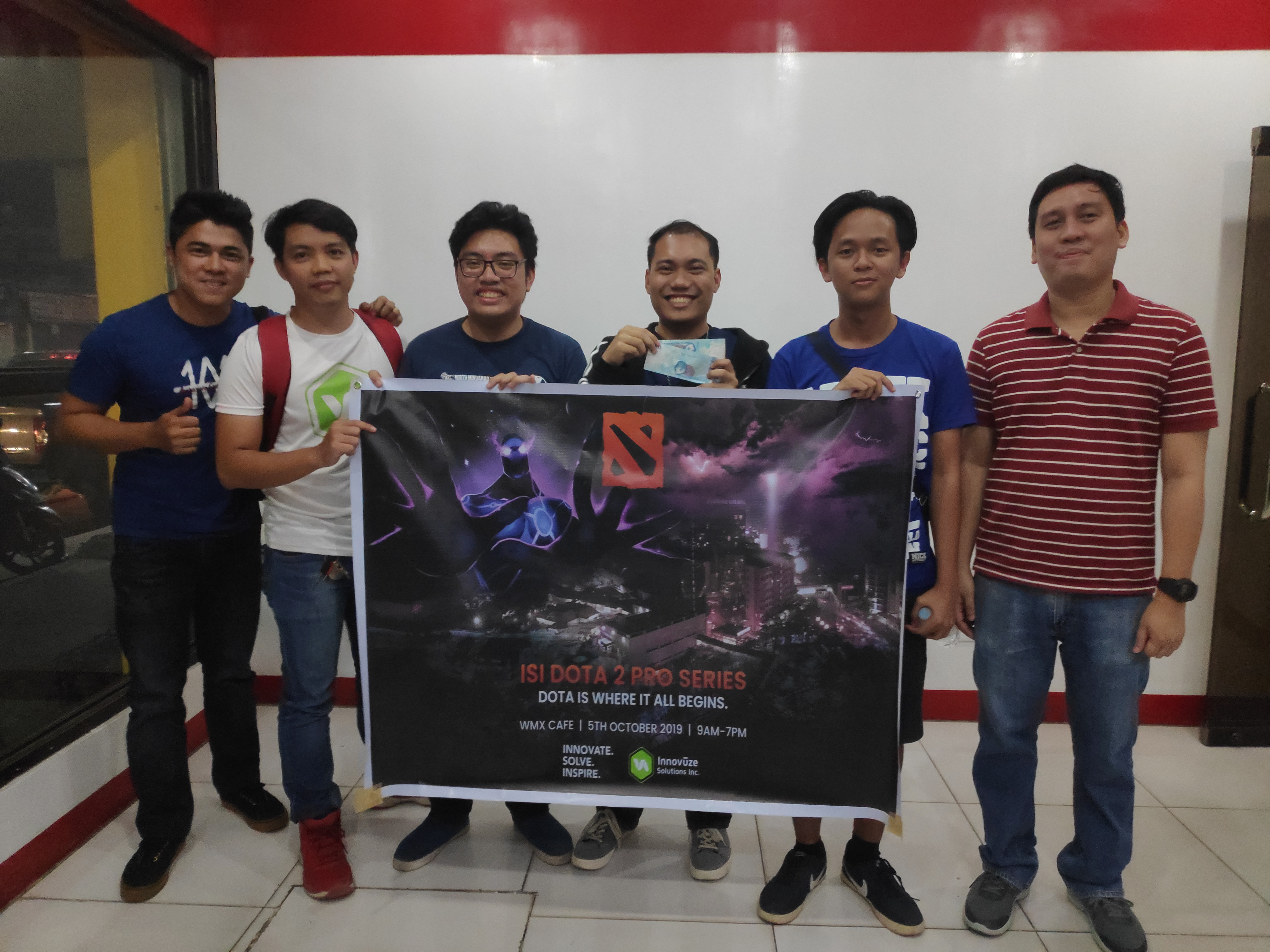 The Champion: Team Eliserheads with the GM. From left to right: Carl, Reyjie, Stephen, Earl, Eli, and Lio 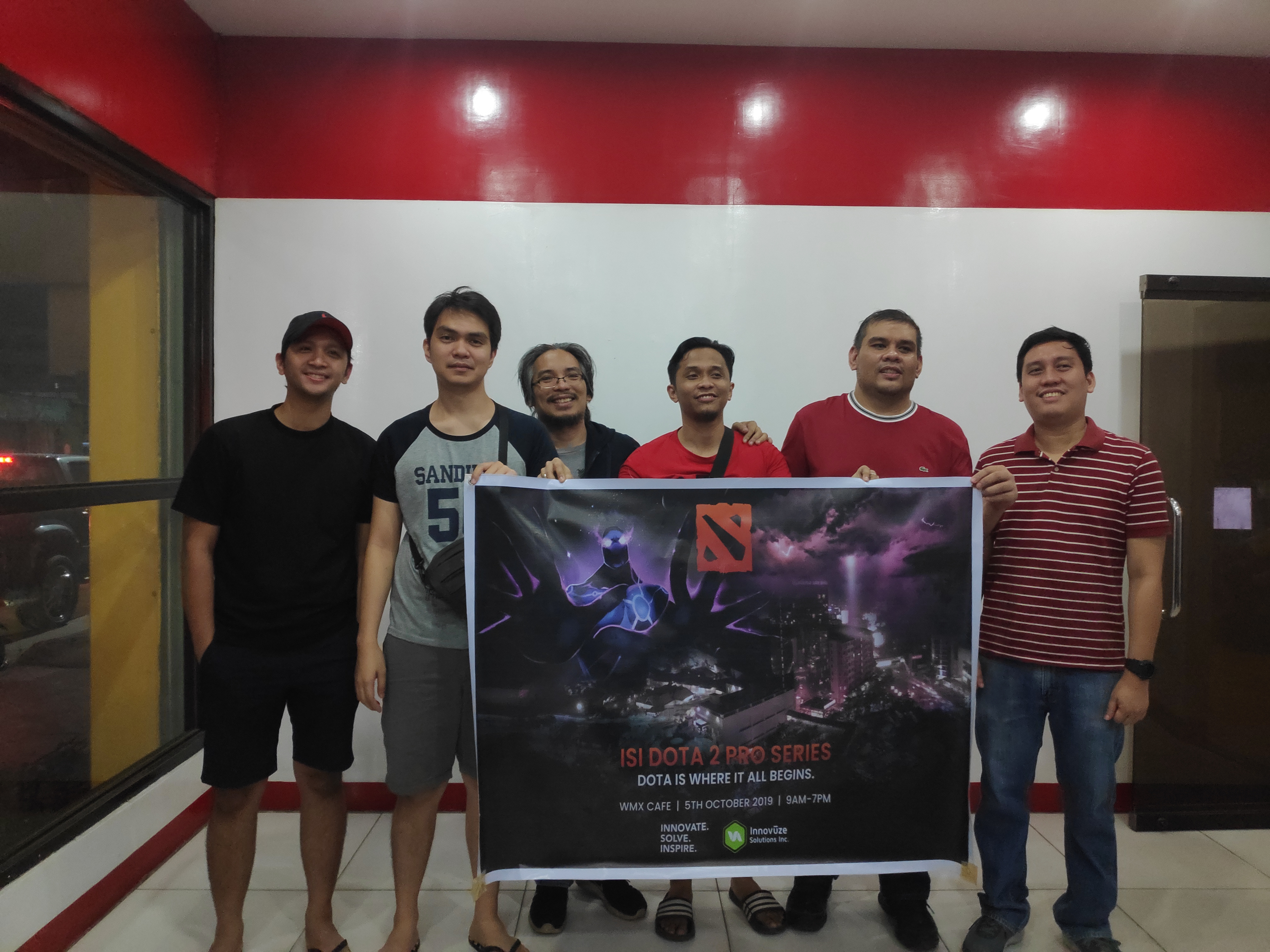 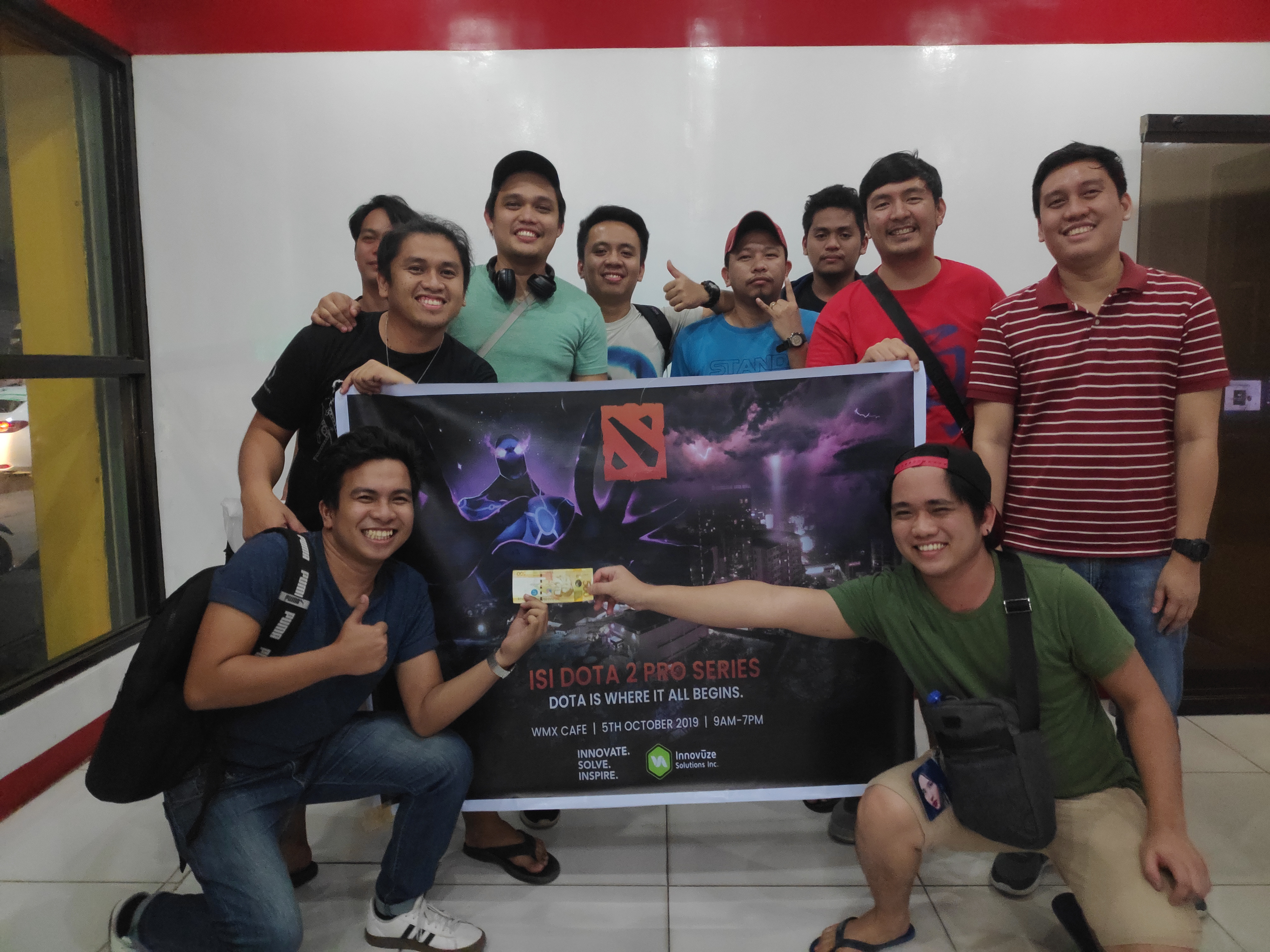 3rd Place: Team Salute to the Kernel with the GM

As the tournament’s main objective is building camaraderie and leisure, the winning teams voluntarily contributed their prize money to buy food for everyone. At the end of the day, all the participants are winners as they all gained renewed energy looking forward to working along with people they enjoy being with. Given the success and positive reception of this event, surely this is the first but definitely won’t be the last of this tournament series.